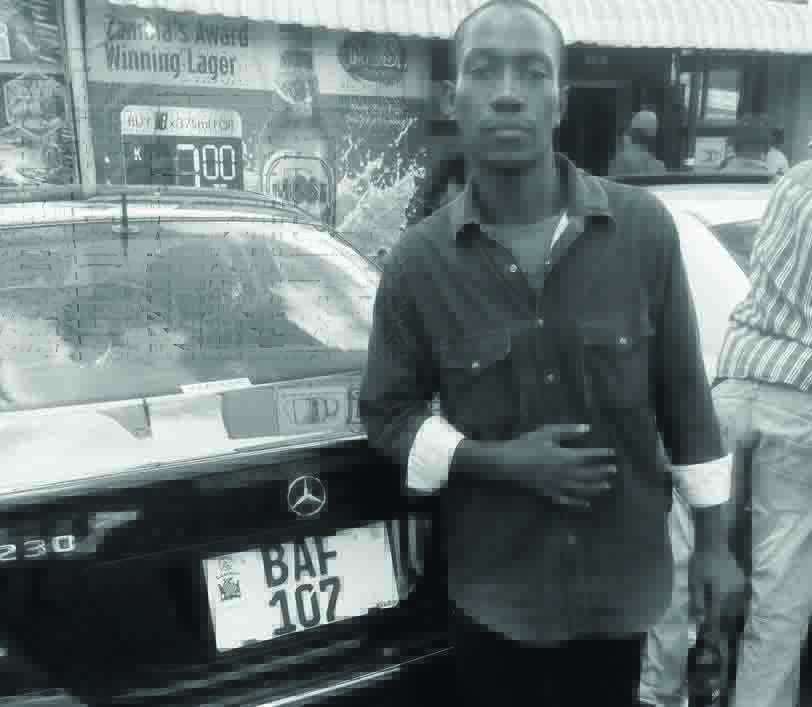 KELVIN MBEWE, Lusaka
STEVE Nkhoma went to South Africa in 2009 in search of greener pastures, but ended up spending two-and-half years in prison.
Mr Nkhoma’s dream was to make money in South Africa and later come back to Zambia.
He settled in Johannesburg where he met other Zambians.
Most of the foreigners he met were, however, involved in illegal activities such as drug dealing, prostitution, hijacking and selling stolen accessories.
According to Mr Nkhoma, some auto shops that sell second-hand spares in Zambia get them from cars that are stolen in South Africa and are dismantled from Zimbabwe.
Mr Nkhoma unknowingly got caught up in this web.
He was contracted by a named Zambian auto shop owner who he met in South Africa to help him transport a car from Johannesburg to Beit Bridge, the border between South Africa and Zimbabwe.
According to Mr Nkhoma everything went well until he reached the border.
“I was given a number to call when I got to the border, this was a number for a clearing agent who was supposed to take over the car,” he said.
Suddenly a police car pulled up alongside his vehicle and a police officer ordered Mr Nkhoma to step out of the vehicle.
“When I disembarked from the car I was handcuffed so hard that my wrist was injured and I was dragged to a nearby police station where I was told that the car was stolen from Johannesburg,” he said.
Upon realising that he had been framed, he asked to call the Zambian auto shop owner who had sent him to deliver the vehicle, but both his phone and that of the agent were off.
“I tried to explain myself but I was not heard, the police beat me up and threw me in the cells in a place called Messina,” he said.
Mr Nkhoma asked for a lawyer and was availed a pro bono whom he only knew as Malole.
He spent a few days at Messina police cells and was transferred to Matatshe remand correctional facility in Polokwane Province.
Two weeks later his trial began.
“This was at the time Angola hosted the Africa Cup in 2010. I was watching this tournament while facing trial at Matatshe remand correctional facility. The trial lasted from December 2009 to somewhere around February 11, 2010,” he said.
He was sentenced to five years imprisonment with parole for possession of stolen property and none of his relatives were aware of his predicament.
“My lawyer advised me to plead guilty so that the trial could be exhausted because none of the people that contracted me to deliver the vehicle showed up. In mitigation, I told the magistrate that I was a father in South Africa and I was about to go to school,” he said.
After being sentenced Mr Nkhoma was taken to Kutama Sinthumule Correctional Centre.
“I couldn’t talk I was so confused when I was sentenced. I never made an effort to call my dad nor my mum. I stayed for two months without making any call, or having a meaningful conversation with anyone,” he said.
He, however, describes the South African correctional facilities as humane.
“Their correctional facilities are very good. When you are sentenced and taken to one, you are given access to a social worker and a psychologist. These provide the inmate with programmes such as anger management and Bible study,” he said.
This did not however change Mr Nkhoma’s state as he was depressed to find himself in a correctional facility when all he wanted was to make money genuinely.
“I stopped bathing for two months but my cell mates started complaining and I was forced to start bathing. There are inmates in there that have stayed inside for 60 years and they are very clean and have forgotten about the outside,” he said.
He finally picked himself up and accepted his predicament.
“While inside you can do whatever you want, you can start school from inception until you finish, you can also learn South African languages such as Zulu, Venda. It all depends on your preference. You can even write exams and get qualifications,” he said.
Despite the fact that he was behind bars, he enjoyed the meals and duties that he was assigned.
“We had three meals a day, we had jungle oats in the morning, or porridge and bread, milk was an everyday thing. I even got a job inside as a barber man and I really enjoyed it. There is a shop inside where relatives can deposit money and you can be getting it in small quantities,” he said.
After two years five months Nkhoma was enlisted among those that where pardoned by the then South African President Jacob Zuma.
“I like to tell people my story because it was an experience that I will live to tell. I learnt a lot from it and my advice to Zambians is that they should be careful before engaging in businesses while in other countries,” he said.