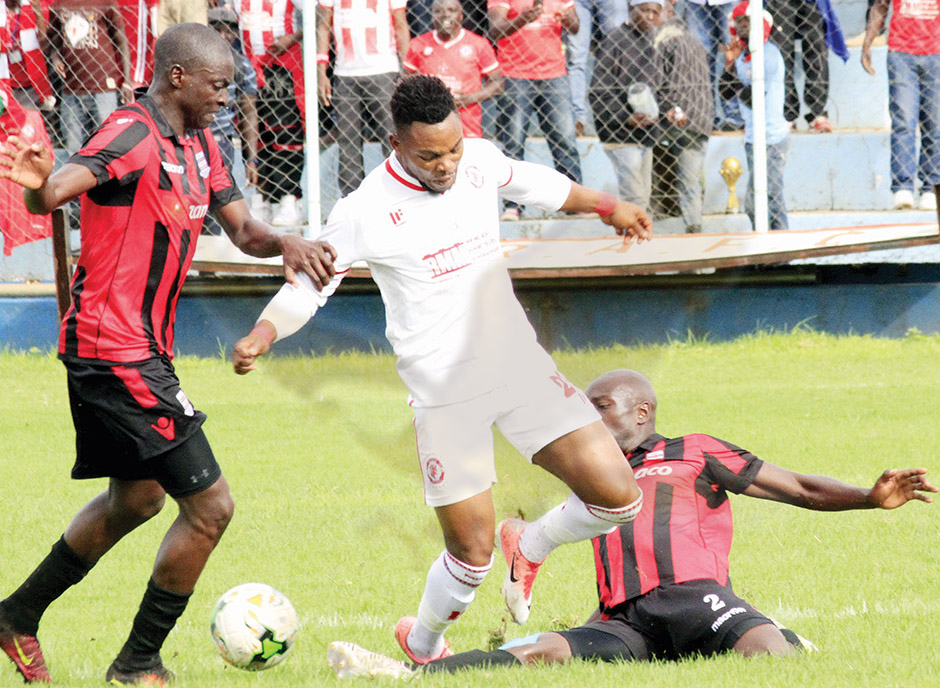 ROBINSON KUNDA, Nkoloma Stadium, Lusaka
ZANACO 1 NKANA 2
CONGOLESE striker Idris Mbombo yesterday came from the bench to net the winner as Nkana edged Zanaco to progress to the Samuel “Zoom” Ndhlovu Charity Shield final in a swashbuckling encounter.
Zanaco, who take on Swazi side Mbabane Swallows in the CAF Champions League first round first leg in Lusaka next Tuesday, took the lead in the sixth minute when striker Chavda Maisha struck from outside of the box, beating goalkeeper Kelvin Malunga.
Nkana levelled on 58 minutes when striker Festus Mbewe, back in the Nkana fold after a four-year absence, connected Shadreck Musonda’s corner at a packed Nkoloma Stadium to remind defenders after his former deadly self.http://epaper.daily-mail.co.zm/