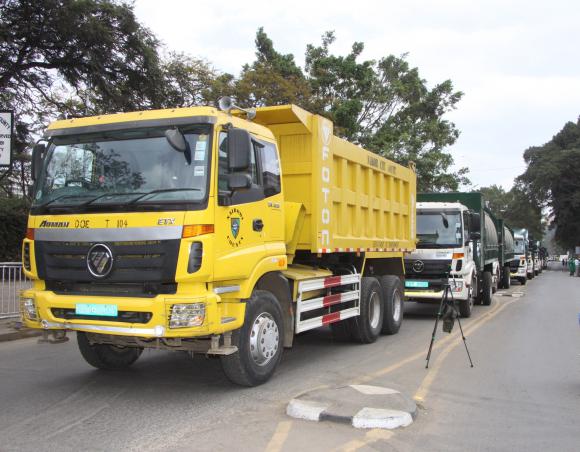 From CHRISTINE CHIHAME in Kitwe
NKANA Water and Sewerage Company (NWSC) has handed over solid waste management equipment to local authorities in Kitwe and Kalulushi.
The solid waste equipment that has been procured includes three tipper trucks and a compactor.
Speaking during the handover, NWSC managing director Diana Makwaba said the event signified the successful completion of another milestone under the water supply and sanitation project.
Ms Makwaba said the provision of solid waste equipment is meant to contribute to the improvement of environmental management through the collection of solid waste, especially in low income communities where service is currently inadequate or non-existent.
â€œSolid waste management is a serious concern affecting urban areas in Zambia, including Kitwe and Kalulushi. This is evidenced by the huge amounts of uncollected waste in public areas such as markets and low-income areas,â€ Ms Makwaba said.
Ms Makwaba said the waste keeps accumulating because local authorities have limited capacity to collect it.
She further said poor solid waste management is a serious concern that puts everyone at risk of contracting different diseases and makes living conditions unpleasant.
â€œInadequate solid waste management also compromises the quality of our services through contamination of water and clogging of our sewerage system. All these things put together compromise public health and perpetuate poverty,â€ Ms Makwaba said.
She said NWSC, through the Nkana water supply and sanitation project, is rehabilitating water and sewerage infrastructure in Kitwe, Kalulushi and Chambishi.
She said NWSC is working in partnership with the Kitwe and Kalulushi district education boards to develop and implement a localised curriculum on water, sanitation and hygiene.
Kitwe mayor Kelvin Sinyangwe urged officials from Kalulushi and Kitwe councils to put the equipment for waste collection to good use and the priority areas of operation should be the project areas such as Buchi, Kamitondo, Kamatipa and Twaiteka.
Mr Sinyangwe also urged the residents of Kitwe and Kalulushi to be responsible for solid waste management and also to subscribe to waste operators. 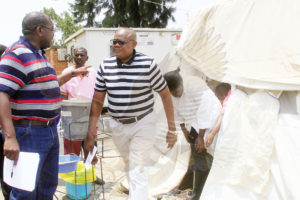 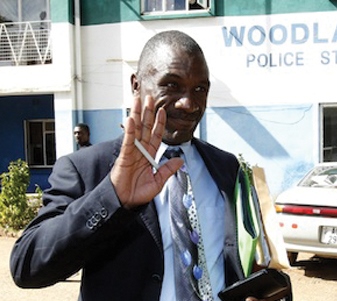