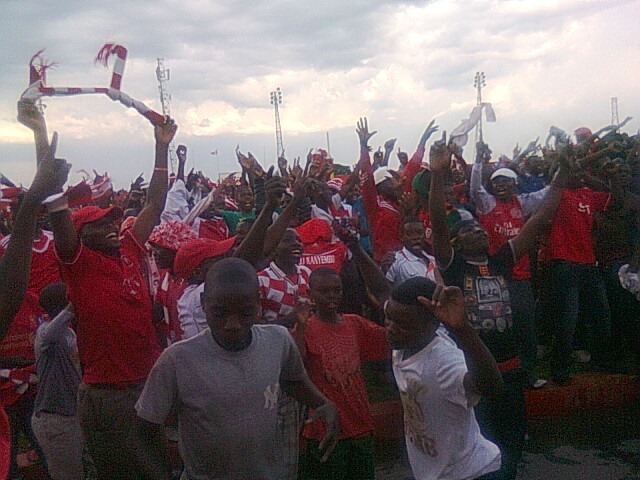 MULWANDA LUPIYA , Kitwe
NKANA have set up an academy that will help tap talent for the glamorous side.
And Mopani Copper Mines (MCM) chief executive officer Johan Jansen said the academy will be a reserviour for Super Division sides Nkana and â€˜Mightyâ€™ Mufulira Wanderers.
Nkana and Wanderers are sister clubs.
Club spokesperson Cephas Sinyangwe said in a statement issued in Kitwe yesterday that the Nkana Football Club Youth Academy (NFCYA) will compete in the Kitwe District Youth Football Association (KDYFA) league.
Sinyangwe said the academy has been registered with KDYFA an affiliate of the Copperbelt Amateur Football Association.
â€œNkana Football Club will use the academy to tap young talent from the community and develop it for the benefit of both the youth and the national football fraternity. The academy will serve as a pool from which the Nkana senior team and other sports clubs will draw young and talented players,â€ he said.
Sinyangwe said the setting up of the academy was spearheaded by the club executive committee with support from MCM.
And Jansen described the formation of the academy as a step in the right direction.
â€œThe youth academy is a huge milestone in our quest to develop sports and in particular the game of football at our two clubs Nkana and Mufulira Wanderers, and subsequently in Zambia. The NFCYA will in future be a pool where our two sister clubs can scout for new talent.
â€œThis academy will also be useful by other clubs around the Copperbelt and the country at large,â€ Jansen said.
He said MCM is committed to creating an environment where youths can realise their potential.
The academy will recruit 30 boys between the ages of 10 to 17 and will be overseen by the Nkana sub technical committee.
Meanwhile, Nkana chairperson Everisto Kabila some senior players at the club will be attached to the academy to help nurture talent.
â€œOur aim is to tap talent at an early age and ensure that these boys are groomed for the future of Zambian football,â€ Kabila said.