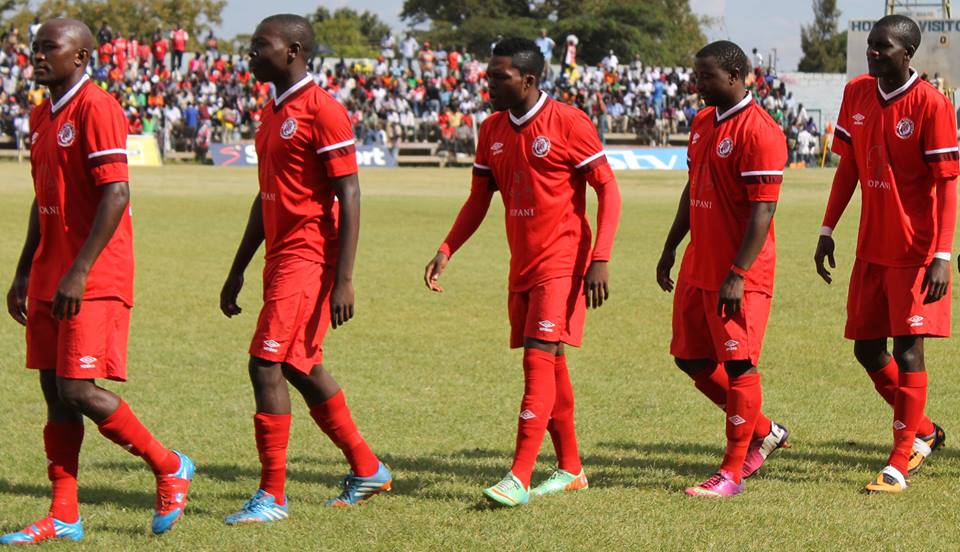 ROBINSON KUNDA, Lusaka
OFFICERS from the Immigration Department on Wednesday escaped lynching from Nkana fans who rushed to the stadium to â€˜rescueâ€™ Congolese players who the officers wanted to arrest for allegedly working in Zambia without legal documents.
According to an eye-witness, eight immigration officers from Ndola requested to interview strikers Fred Tshimenga and Diego Apanene and Ghanaian midfielder Osman Kamil concerning their work permits.
He said the officers wanted to arrest the players but they left after a discussion with team officials who included coach Aggrey Chiyangi.
The witness said a mob of stone-wielding Nkana fans rushed to the stadium but found the officers had left.
â€œA lot of people came immediately after the officers left. They would have stoned them and the story could have been different. Nkana is a big team and the officers risked their lives by going to the pitch,â€ he said.
Tshimenga and Apanene joined Nkana during off-season on loan from Forest Rangers and on the score-sheet in the teamâ€™s 3-1 win over National Assembly last Saturday.
And Nkana chairperson Evaristo Kabila confirmed in an interview from Kitwe yesterday that the officers went to Nkana Stadium on Wednesday around 15:00 hours.
Immigration Department spokesperson Namati Nshinka declined to comment because he had not received a report.
â€œI canâ€™t comment on that right now, I am in a meeting. I havenâ€™t received any report. I am hearing it from you,â€ Nshinka said.
Kabila said the officers went to the stadium and inquired about the players who they wanted to arrest but the technical bench objected.
Kabila said the Immigration Department officers should have first engaged the Nkana executive if there were any issues to clarify.
He said the officers asked the three players to take documents to their office yesterday.
â€œI donâ€™t know why they [Immigration Department] are doing this. I think itâ€™s not right. They should have engaged us first since we are the ones that have employed the players and we were going to provide all the information they wanted.
â€œThey sent eight officers to the stadium. I think even to arrest a thief you donâ€™t send that number. Nkana Football Club has a chairman, secretary and other executive committee members who can provide any information that they need,â€ Kabila said.
â€œClub secretary Ken Mwansa will today [yesterday] travel to Ndola to meet the immigration officers and discuss the way forward. Itâ€™s not a big issue, we will sort it out,â€ he said.
He said the development will not disturb the team ahead of the Super Division Week 20 match against Zesco United in Ndola tomorrow
Ghanaian midfielder Osman Kamil and Kenyan striker Jacob Keli are the other foreigners at Nkana.