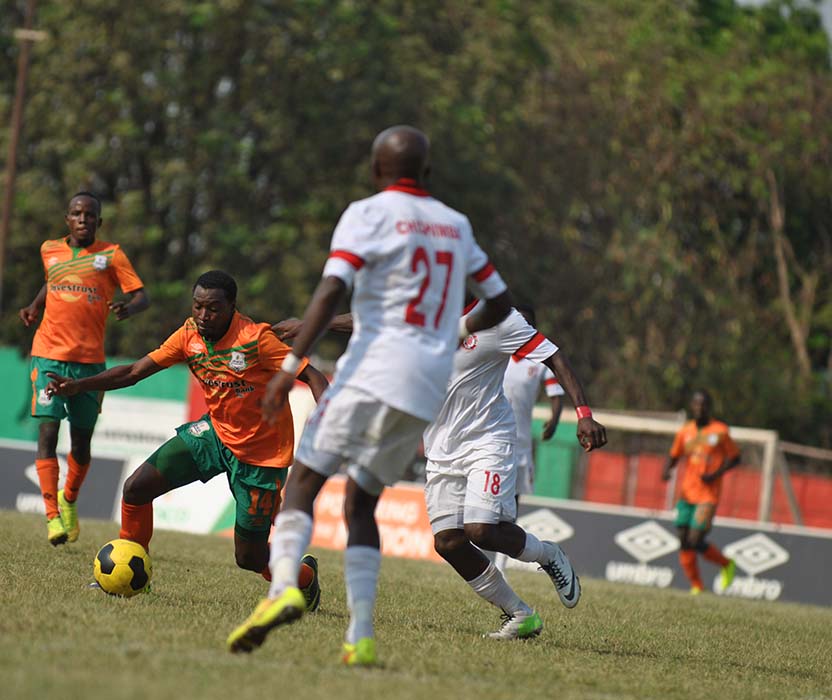 ROBINSON KUNDA, Lusaka
NKANA and Zesco United will renew their rivalry when they clash in the Samuel â€˜Zoomâ€™ Ndhlovu Charity Shield semi-finals in Kitwe next Saturday.
According to the draws conducted at Football House in Lusaka yesterday, Super Division champions Zesco will face Charity Shield holders Nkana in the second match at Arthur Davies Stadium.
The other semi-final tie at the same venue will see Power Dynamos taking on Zanaco.
CAF Champions League envoys Zesco beat Bestone Chambeshi-tutored Nkana three times last year. The Ndola side edged Nkana 1-0 in Kitwe in a Super Division match and won 3-0 in Ndola.
George Lwandamina-drilled Zesco bashed Nkana 3-0 in the Barclays Cup final at Levy Mwanawasa Stadium in Ndola.
Power, the Confederation Cup representatives, drew 2-2 with Zanaco in Kitwe in a Super Division Week 15 match and lost 0-1 in Lusaka.
Charges for the matches have been pegged at K20 for open wing, K100 grand stand and K150 VIP section.
Football Association of Zambia (FAZ) head of administration and competitions Julio Chiluba said the Charity Shield final will be played on March 7 at a venue to be announced.
Chiluba said proceeds to be raised from the tournament to will be donated to FAZ patron President Lungu, who will donate to a charity of his choice.
He, however, said FAZ has struggled to raise enough money in the past because of poor turn outs.
Chiluba said there is need for fans to support FAZ so that the association could raise enough money for the vulnerable.
Nkana won the Charity Shield trophy last year after beating Red Arrows 3-1at Arthur Davies Stadium.