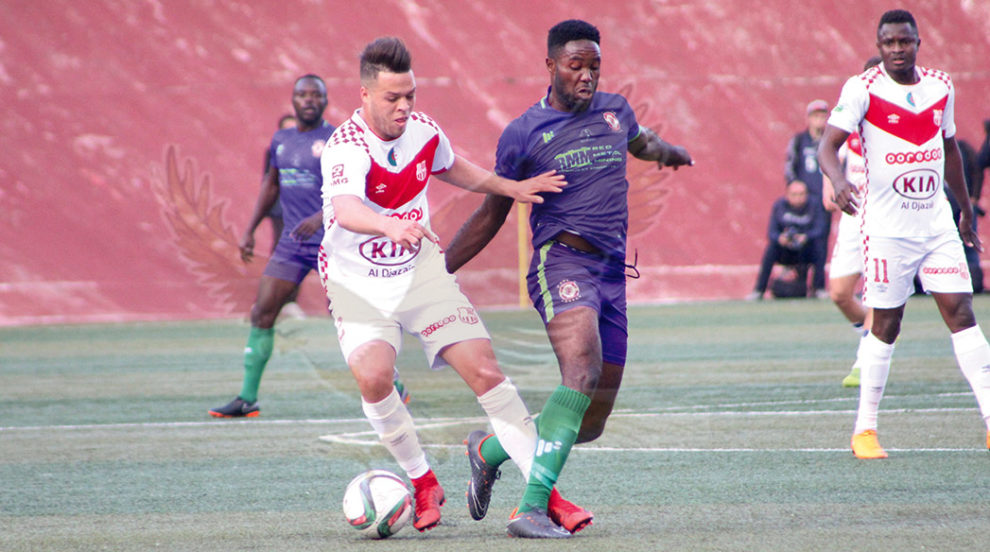 MATHEWS KABAMBA, Stade du 20 Aout 1955, Algiers
BELOUIZDAD 3 NKANA 0
NKANA collapsed in the second half to ship three goals in a space of 25 minutes against CR Belouizdad in the Confederation Cup first round first leg in the Algerian capital last night.
Having started the match on strong footing in the first half, Nkana could not hold together after the break as the defence of John Mwengani was easily torn apart
After soaking Nkana’s pressure in the first half, CR Belouizdad punished the visitors when substitute Bechou Youcef lobbed goalkeeper Moses Mapulanga after defender Amos Simwanza failed to clear the danger in the 46th minute.http://epaper.daily-mail.co.zm/