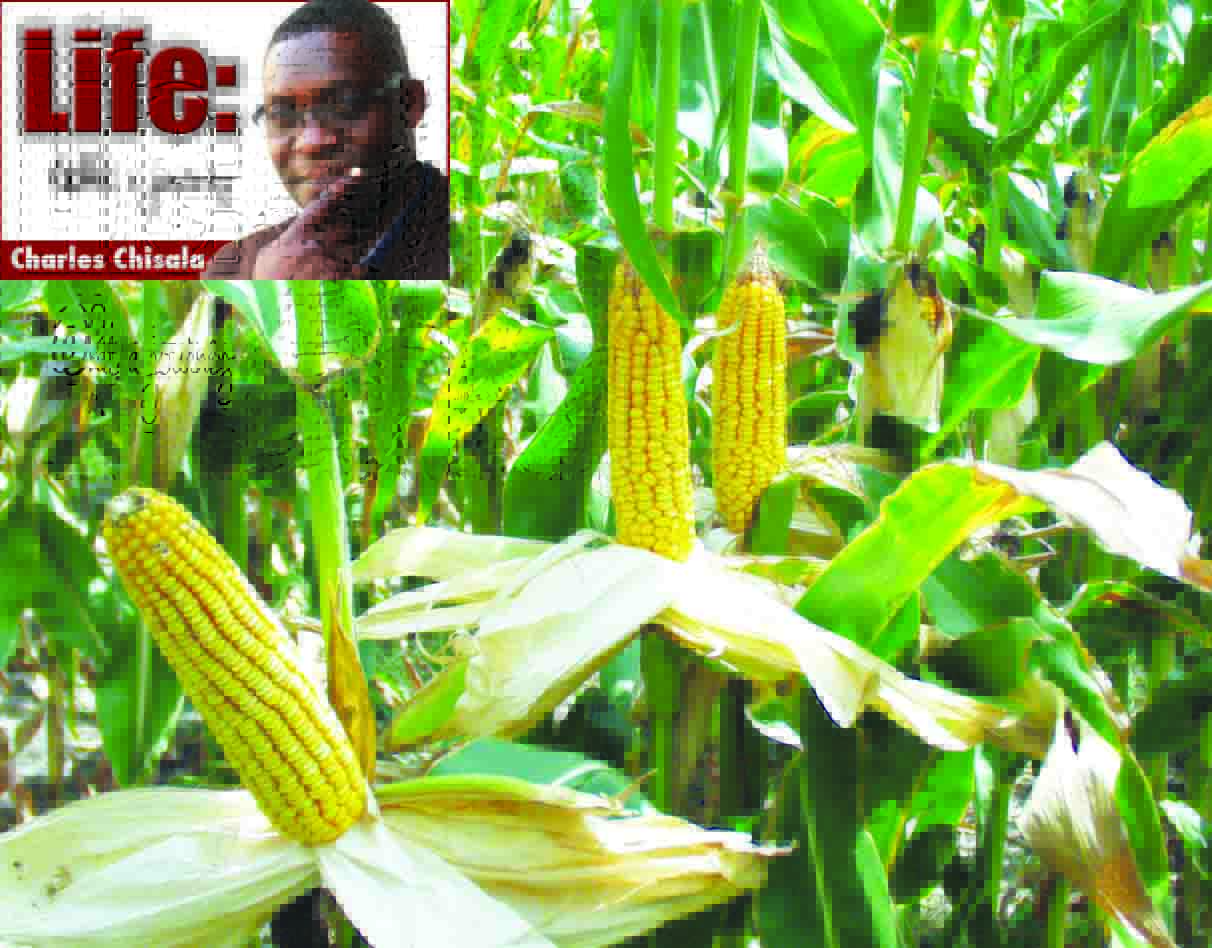 LIFE: WHAT A JOURNEY with CHARLES CHISALA
THE pangs of hunger were almost unbearable. The trip to the dingo (dining hall) had only left me and my friend Ntambi Emmauel hungrier, and breakfast was close to 12 hours away in the morning.
That was decades of years ago when I was in Form Two at Nchezy or Nchelenge Secondary School.
I was writhing on the upper deck of my bunker bed while Ntambi was also whining from the lower deck on hard plywood.
If you spent five years at a rural boarding secondary school in the 1980s you will not be a stranger to such pathetic situations.
Being at such a school those years was no childâ€™s picnic especially if you were from a poor family like me.
You had to be tough and focused otherwise you would drop out of school and, therefore, condemn yourself and your offspring to a lifetime of poverty.
That is what kept some of us going for all those five years.
I told you that we were squirming and whining on the old bunker bed.
We had already come back from the dingo to take our modest supper consisting of nshima and salted fish (salele) which, of course, had done little to ameliorate the hunger that was clawing at our bowels like paws of an angry cat.
Imagine six starving pupils sharing a thin layer of nshima (icipilibwe) in a silver dish.
Sharing the meal was always a challenging task because it meant distributing nshima and relish that was enough for three people among six half-starved pupils.
A rural boarding secondary school was only slightly better than a refugee camp for junior pupils those days, and I am not exaggerating.
Only the seniors â€“ forms Four and Five â€“ were living like princes and princesses with less than four of them sharing a whole dishful of nshima, rice or samp.
Of course, this discrimination had its own advantage in that we the juniors were motivated to study our eyes sore so that we could pass to Form Four and also enjoy such privileges.
The seniors also slept on single beds with new mattresses while the juniors â€“ forms One to Three – spent their miserable nights on bunker beds with steel ladders and thin â€˜nakedâ€™ mattresses.
So as we rolled and tossed in the bunk bed from the pangs of hunger our befuddled minds were struggling to sort out the confusion of thoughts that were running riot jostling for prominence.
The most tempting idea was to raid the kitchen, but there had been an electricity outage which forced the cooks to use the small temporary, smoke blackened kitchen fuelled by firewood at the back of the dingo, which could not produce chips (ifikwangwa).
So, it fell off and we had to do some harder thinking.
Our attention shifted to the school farm behind the temporary firewood kitchen. The maize was still fresh and there was quite a healthy crop that year.
After a hushed two-member council we resolved that it was a good idea to make a nocturnal foray into the Production Unitâ€™s maize field and help ourselves to half a dozen cobs, which we could roast in the bush away from the prying eyes of the nosy prefects and other pupils.
We consoled ourselves that it would not be theft because I was part of the Agricultural Science class that had planted and nurtured the field under the supervision of our Agric teacher.
And the planning started in earnest. We had already staked out the field and created a secret access path from Cohenâ€™s Compound (mwa Koweni) for exactly that purpose.
Since it was Saturday there would be no roll call, which was good for us.
Better still, there was a film show. So no one would think about policing the maize field.
After sneaking out of the campus we headed for Cohen, then dropped to a crawl and followed the track leading into the field.
As a precaution we would stop every now and then, straining our ears for any signs of trouble before resuming the crawling.
We had perfected this art back in the village, so we were not very worried about the possibility of running into someone or being captured.
The sky was cloudy and it was therefore relatively dark.
As we crawled into the heart of the maize field, with a small empty knapsack tucked under my left armpit, we heard some noise and froze.
There were two or three people speaking in low voices and causing the maize to shake as they waded blindly through the field.
From the way they were talking we knew that they were armatures whom we could handle without much ado. It was a rival raid party.
They seemed to be heading in our direction and after a short consultation we decided that if they were carrying any stolen maize they would forfeit it to us.
We waited until they drew near, then Ntambi started grunting like a mongrel dog.
There was silence. Then I growled fiercely like a fully-grown male dog. My full-throated growl and Ntambiâ€™s grunts frightened the poor souls out of their skins.
They screamed and started running and falling blindly through the field while we growled and barked after them like a pack of vicious dogs.
Every village boy had mastered this trick, including imitating different bird species.
After the â€˜intrudersâ€™ were gone we picked up their contraband. We didnâ€™t need to harvest any cobs because they had done the job for us.
Thirty minutes later we were roasting our prize over a fire deep in the bush, far away from the school.
As we sneaked back into the school under cover of night, we were stroking our bulging tummies. Ntambi was carrying the leftover roasted cobs in the knapsack.
At least we were not hungry for the next two days. But donâ€™t be tempted to do the same, for you may not be as lucky.
charles_chisala@yahoo.com