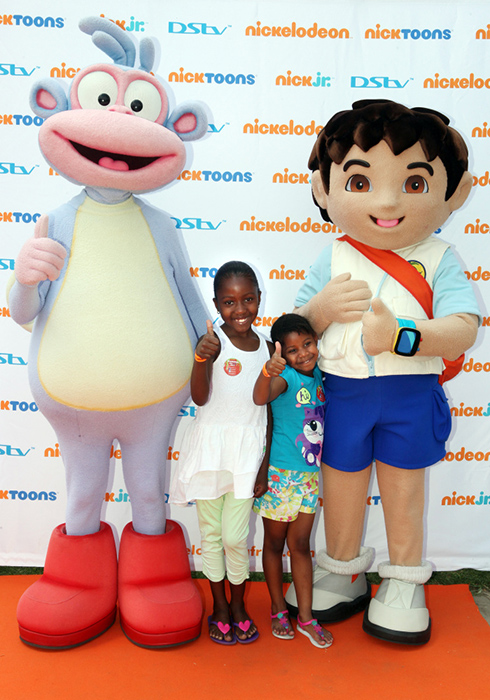 KELVIN KACHINGWE, Johannesburg
TO celebrate the two new channels on the African market, the Nickelodeon Junior and Nickelodeon Cartoon, kids channel Nickelodeon organised a family fun day at the Val Bonne estate in Modderfontein, a settlement in West Rand district municipality in Gauteng, South Africa last Saturday.
The fun, filled by mainly children, was also attended by media across the continent and South African celebrities who included former Big Brother Africa housemate Lerato.
But it was really a day for kids, and it had everything from Bubble Guppies water games, Dora face painting, jumping castles, Ninja Turtles ice-creams, candy-floss and meet and greets with the Nickelodeon characters.
For the adults, they found themselves busy with food and beer in the sunny and bright weather. With the special hats presented to them, they appeared like members of the Jackson Five or indeed Texas rangers.
But for the kids, the fun has continued.
Nick Jr, available on DStv Premium, Compact Plus and Compact bouquets on Channel 307, provides safe and entertaining viewing reinforcing positive messaging to pre-schoolers between the ages of three and five.
There are familiar friends on this channel such as Dora the Explorer, Bubble Guppies, Go, Diego, Go! and Paw Patrol, with a host of brand new series due to launch next year, including Dora & Friends, Blaze and the Monster Machines, and Shimmer & Shine.
On the other hand, Nicktoons, which is available on Channel 308, is offering a mix of current and classic programmes appealing to both the four to nine years age group and the entire family.
Available to DStv Premium, Compact Plus and Compact subscribers, it features series from NickelodeonÂ´s famous animation library including The Adventures of Jimmy Neutron, T.U.F.F. Puppy, Back to the Barnyard, Avatar and Fanboy & Chum Chum, and timeless favourites such as Rugrats and The Wild Thornberrys.