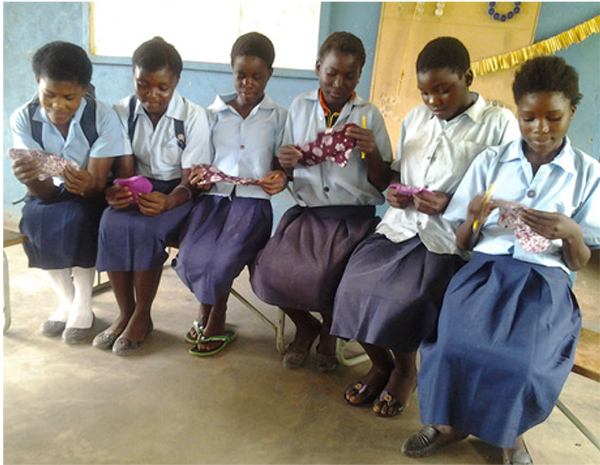 SHIKANDA KAWANGA, Livingstone
SCHOOL Club Zambia (SCZ), a Sinazongwe-based non-governmental organisation (NGO) has partnered with the Ministry of Education to produce re-useable sanitary pads for school girls in the area.
District Education Board Secretary (DEBS) Aiden Kambunga says the introduction of re-usable sanitary pads for girls has improved school attendance by the girl child.
Mr Kambunga said over 1,000 school girls had benefited from the production of the re-useable sanitary pads.
Speaking when he received six volunteers from SCZ who walked from Sinazongwe to Livingstone in a bid to fund raise for the various projects including the building of a carpentry workshop for school leavers. They covered a distance of over 250 kilometres in 14 days.
Mr Kambunga said â€œThe introduction of the re-usable sanitary pads has greatly helped to increase school attendance; before this initiative, girls would miss classes during their menstrual periods.â€
The initiative is fostering girl child education through safe sanitary pads that can be washed and reused.
â€œThe girls are no longer missing classes, absenteeism has reduced as girls are trained to use the safe sanitary pads,â€ he said.
He commended the efforts by the UK-funded NGO which was supplementing Government efforts in seeing that young people especially girls are educated in the district.
And SCZ programme officer Sunster Siabukandu said the organisation is committed to seeing that youths in the area were imparted with life skills such as tailoring, agriculture, carpentry after completing grade twelve.
He said the youth NGO which was working with four community schools has scored a number of successes through training programmes as some of the young people had been empowered with life skills.