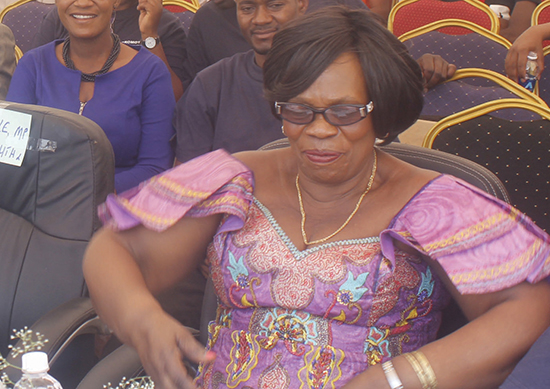 NKOMBO KACHEMBA, Kitwe
MINISTER of Higher Education Nkandu Luo has dissolved the boards of directors at the newly created Mukuba, Kwame Nkrumah and Chalimbana universities.
The Copperbelt University (CBU) will now manage the affairs of Mukuba University in Kitwe; Chalimbana University in Lusaka will be under the management of the University of Zambia (UNZA), while Mulungushi University will oversee the activities at Kwame Nkrumah University in Kabwe.
Professor Luo said the boards in the newly created universities have been dissolved to allow people with wider experience to manage them as they grow into fully fledged higher learning institutions.
â€œThe way we grow universities is for them to be managed by the existing old universities which have wider experience. This is the reason why we have dissolved the boards in our new universities and placed them under the existing ones for them to grow fast,â€ she said.
Prof Luo said this in Kitwe yesterday when she paid a courtesy call on Kitwe mayor Christopher KangÃ³mbe and Kitwe district commissioner Binwell Mpundu at Kitwe City Council.
She said the boards in the three public universities will oversee the development of the three newly created universities, where government is building massive infrastructure.
Prof Luo also said Government will soon appoint a new board for Mulungushi University, which was recently dissolved because it had served two terms.
Prof Luo also said Government is in the process of creating a database to capture all the students that have benefited from its bursary schemes before launching the student loan scheme.
Meanwhile, Minister of Finance Felix Mutati has dissolved the board of directors for the Zambia National Building Society (ZNBS).
Mr Mutati has also dissolved the National Savings and Credit Bank (Natsave board.
Both boards were dissolved with effect from end of business on Friday February 17, 2017.
This is contained in a statement released by Ministry of Finance public relations officer Chileshe Kandeta yesterday.
Mr Kandeta said Mr Mutati thanked the former members of both boards for their diligence, stewardship, skills and hard work during the period of service.
Natsave and ZNBS are both statutory institutions under the Ministry of Finance.
Mr Kandeta said Mr Mutati would soon announce the composition of the new boards.