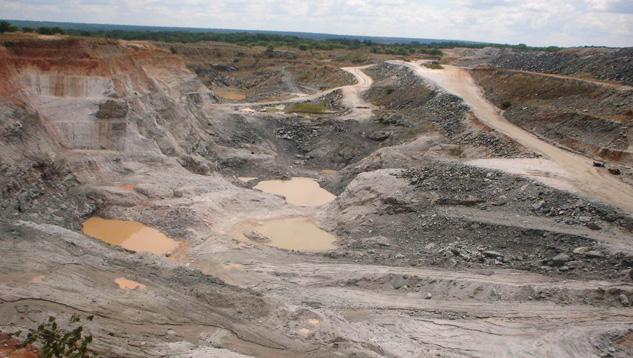 TRYNESS TEMBO, Lusaka
THE multi-million dollar iron mine in Nampundwe that will feed the Universal Mining Chemical Industries Limited (UMCIL) with iron has been completed and scheduled to start operation next month.

Last year, the DRI plant at the mine was launched by President Lungu and it will be supplied with iron ore from the mine.
UMCIL/Trade Kings civil engineer Ernest Mande has completed the installation of equipment at its US$200 million Sanje Hill Iron Mine.
The mine, which is anticipated to create about 200 jobs, will be officially opened by President Lungu.
Mr Mande said the company has installed equipment at the mine and will start the pre-heating of the direct reduction iron (DRI) plant in readiness to start production.
DRI, also called sponge iron, is produced from direct reduction of iron ore (in the form of lumps, pellets or fines) by a reducing gas produced from natural gas or coal.
“Operations at the mine will start very soon, possibly September, we will also start the pre-heating of the DRI next month, which will take about 30 days for it to be ready to process the iron ore,” Mr Mande said in an interview on Tuesday.
He said once fully operational, the mine will supplement the supply of raw materials as the company has almost exhausted all the scrap metal in the country.
Mr Mande also said the mine will reduce the price of steel as the company will cheaply source iron.
“The operationalisation of the mine will come with several benefits for both the company and the consumers as reduced cost of iron, which is the raw material used for producing steel, will be obtained from its own mine.
“The company will also become more competitive as it will have a cheaper source of raw materials and anticipates that exports will increase,” he said.

TagsNew Nampundwe mine set to open