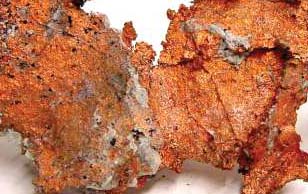 NKOMBO KACHEMBA, Kalulushi
CHAMBISHI Non-Ferrous Corporation Africa Mining (NFCA) has so far invested US$350 million in the South East Ore Body project which is expected to create over 3,000 jobs when fully operational.

The South East Ore Body project is expected to be completed in June next year.
The total investment in the project, which will have an output of 56,000 tonnes of copper per year, is US$830 million.http://epaper.daily-mail.co.zm/