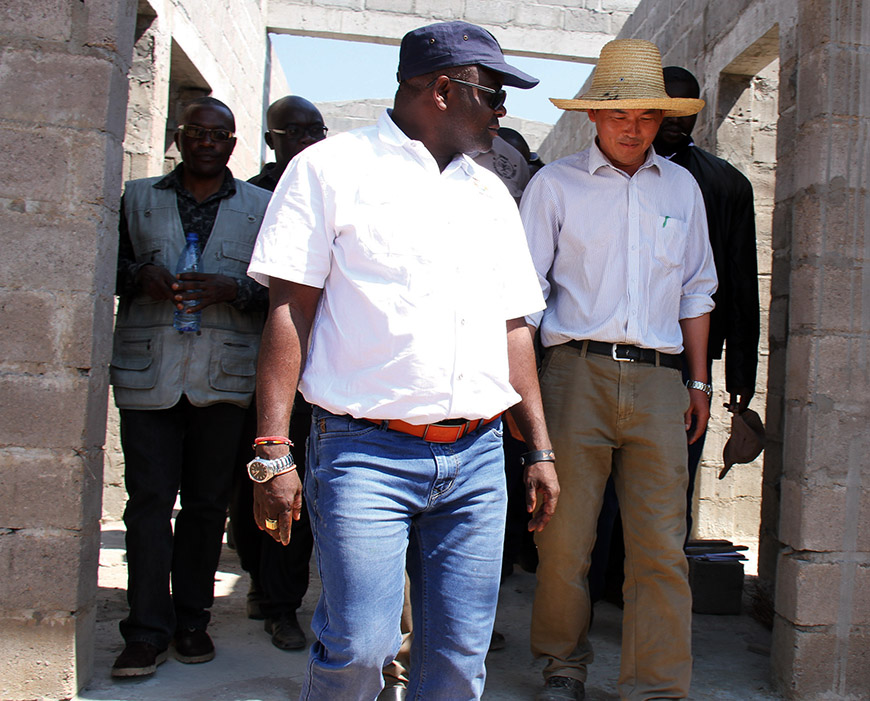 CHRISTINE CHIHAME, Mansa
MARY Mushota will not forget in a hurry the day her husband was hospitalised but could not find a bed to sleep in at Kawambwa General Hospital.The other option was for her to rush him to Mansa General Hospital, 250km away, but her husband was in no condition to travel on such a long distance. They had to settle for a floor-bed until he was discharged from hospital.
The only hospital in Kawambwa district, which is 63 years old, has a bed space of 60 against a population of 103,000 people.
The dilapidated hospital has no capacity to meet the health needs of the people of Kawambwa considering the population growth that has come with the economic boom of Kawambwa Sugar; rebounding of ZAFFICO and Kawambwa Tea Company; as well as the coming on the scene of Bio-energy Production.
So, when the good tidings regarding the construction of a new hospital in Kawambwa reached the local people, Mrs Mushota was overwhelmed with joy.
The modern general hospital, to be equipped with over a thousand bed spaces, is entering its third and final phase of construction. The original plan was to make it a district hospital, but Government has decided to elevate it to a general hospital that will also have a school of nursing.
If everything goes according to plan, the new Kawambwa General Hospital will be completed next year.
“The hospital that we have been using was constructed in 1955, it is too old and the bed spaces are very few.
“One day, my husband was very sick and he was admitted to the hospital. We found all the beds occupied and we had to sleep on the floor,” she recalls.
Mrs Mushota shares that the current hospital opened its doors to the public as a health post.
However, over the years, the infrastructure has been run down while health services are limited, despite the district recording massive population growth and the health needs of the people changing over the years.
When the PF came into power in 2011, they responded to cries of the people of Kawambwa and embarked on the construction of a district hospital in the area two years later.
In its robust infrastructure development programme, the Government decided to build a modern district hospital in Kawambwa to meet the growing demand for health services in the district.
Minister of Housing and Infrastructure Development Ronald Chitotela says Government has so far spent K47.6 million on phase one and two of Kawambwa General Hospital.
Speaking recently when he inspected construction works here, Mr Chitotela was impressed with the work done so far and was hopeful that the project would be completed mid-next year.
“Upon completion, we have plans as Government to turn the district hospital into a general hospital so that we can begin offering para-medical services like training of nurses and other para-medical services,” he said.
He said huge sums of money have been spent on the project to ensure that every Zambian has access to good health services.
Mr Chitotela also commended the district administration for constantly supervising the contractor and ensuring that they adhere to the expected standards.
The minister urged other local authorities across the country to constantly monitor infrastructure projects like hospitals and roads, saying it is wrong for them to fold their arms and wait for ministers from Lusaka to travel for the purpose of inspecting projects.
Kawambwa residents are happy with the construction of a modern hospital in their district, with some saying it is a dream come true.
Mrs Mushota commended Government for making strides in improving health care services across the country.
She said the construction of a modern and big hospital in Kawambwa has come at a right time because people are in dire need of better health services.
Mrs Mushota said the old Kawambwa General Hospital was not adequate to cater for all the health needs of the people, who are sometimes left with no choice but to travel 250km to Mansa to seek better health services.
“This has never happened before since independence. I have never witnessed this kind of a thing in my life. But now things are getting better, we have health posts and rural health centres. We are getting healthcare services right at our doorsteps,” Mrs Mushota said.
Another Kawambwa resident, James Mwansa, says the hospital project is a demonstration of love by a government to its people.
District commissioner Ivo Mpasa appealed to the Government to consider opening the hospital to the public after completion of phase two of the project.
Mr Mpasa said right now, the local people depend on the old Kawambwa General Hospital, whose the infrastructure is dilapidated.
“I am calling on Government to consider opening part of the district hospital to the public. We are using a hospital which was built in the early 1950s, and it is too old and in a dilapidated state,” he said.
Mr Mpasa is however happy with the quality of works by the contractor of the hospital and the pace of work.
Once opened, Kawambwa General Hospital is expected to decongest Mansa General Hospital where patients are often transferred for specialised services.
The facility, through its school of nursing, will also help to create training opportunities in Luapula and boost human resources in the health sector.
As the adage goes “A health nation is a wealthy nation’ says, Kawambwa General Hospital is expected to enhance public health and consequently productivity of the people in the province.

‘Commander’: St Anthony’s guardian angel
All you need to know about Ebola