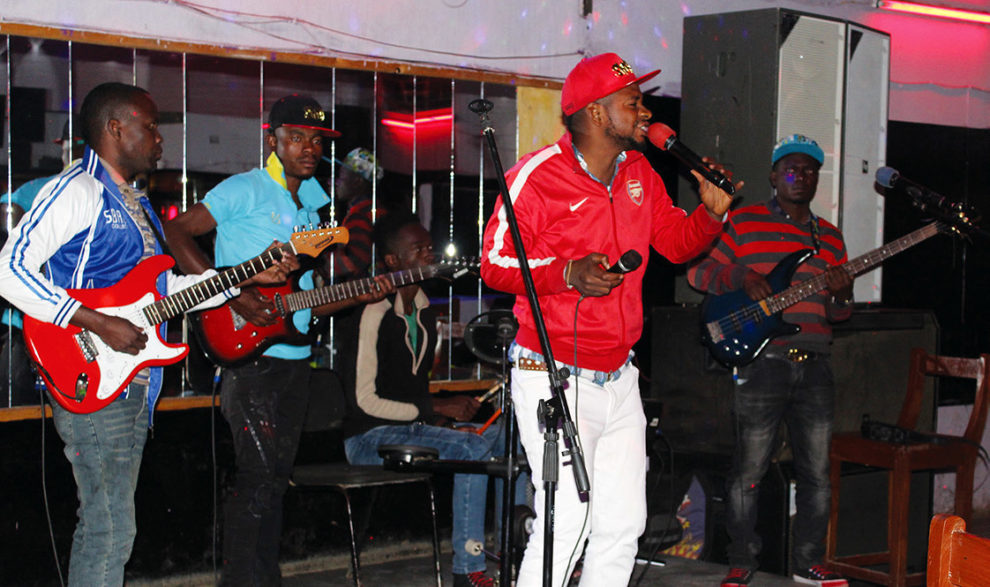 NDANGWA MWITTAH, Choma
UNLIKE in Lusaka where live music fanatics have assured night spots to go and enjoy their music, Choma for a long time has had none of anything of that sort.

For a long time, they have had to endure with playback and miming musical performances at Club LeeLove.
But that’s to change.
In fact, it has changed. New Generation, a band assembled from Livingstone has apparently found a home at the Sports Night Club, a stone throw-away from Club LeeLove.
The band, which sometimes plays at the Zambia National Service (ZNS) officers mess, is now resident at the emerging nightspot, which is under new management.
It plays there on Wednesday and all the way up to Sunday.
Stanford Kabwata is the proprietor of the nightspot and he feels setting up a resident band at the place was good for partygoers with a knack for live music.
Kabwata told the Weekend Mail in an interview that for a long time, live music fanatics in Choma were deprived of music that they could relate to.
“Look at our friends in Lusaka; they have Kalahari for instance where there is nothing but live music. That is the idea I had when bringing these guys here. The whole essence is to have a chill spot where people are assured of finding a live band,” he said. “There is nowhere else in Choma where you can find a live band performing apart from here at the Sports Nightclub.”
Indeed, the New Generation have found a home at this emerging entertainment spot.
Drawing a relatively mature crowd and audience, the band which like many other bands specialises in playing only covers of acclaimed artistes, both far and near, is starting to feel at home.
The six man band consists of Thomas Mwenya who plays the lead guitar, Mike Mulenga (rhythm guitar), Mwenya Chambula (bass guitar), Max Ngulube (drummer), Kingsley Mutale (vocalist) and Ronah Chuma Mabuku, the only female that juggles between dancing and also being a backing vocalist.

Garden City Mall: The artist’s haven
Who takes over as NAC chairman?