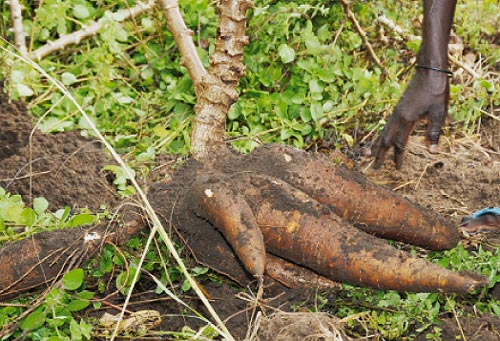 KELLY NJOMBO, Lusaka
THE Zambia Agricultural Research Institute (ZARI) has introduced new varieties of cassava that can easily adapt to the soils and climate of Western Province in a bid to increase crop productivity.
And ZARI has urged farmers to consider growing cassava as a way of diversifying and reducing dependence on maize.
According to the Friday brief availed to the Daily Mail by the Zambia National Farmers Union recently, the Ministry of Agriculture and Livestock in conjunction with the ZARI held a field day in Kaoma, Western Province were the new varieties of cassava were introduced to farmers.
According to ZARI, the newly introduced varieties would be grown either organically or inorganically.
â€œCassava happens to be one of the major crops grown in Western Province, ZARI therefore urges the farmers to consider the inclusion of the newly introduced cassava varieties as part of diversification and minimise on the dependence of drought prone crops such as maizeâ€.
The ZARI said the new cassava varieties will improve food security and reduce poverty among smallholder farmers in Zambia.

Trade Kings sets up plant in Zimbabwe
Mopani to spend $1.2 bn on rehab