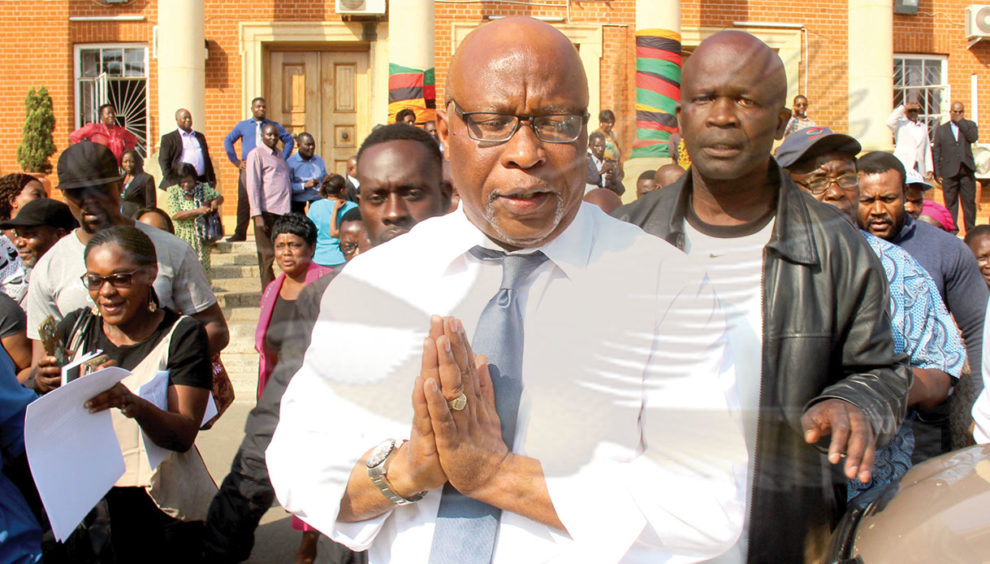 STEVEN MVULA, Lusaka
MMD ‘New Hope’ president Nevers Mumba yesterday appeared before police, where he was interrogated for two hours over his allegation that the Patriotic Front (PF) rigged the Lukashya parliamentary by-election on September 17 this year.
Three days after the governing party emerged victorious via George Chisanga, who got 13,431 votes, Dr Mumba said it [PF] manipulated the poll. MMD candidate Christopher Kabwe had 114 votes at the tail-end of the six-horse race.
Dr Mumba arrived at Police Service Headquarters at exactly 10:00 hours in the company of MMD vice-president Reuben Sambo and others who included his lawyers.
He was quickly ushered to the interview room.
But shortly, a horde of his supporters arrived outside chanting party slogans and CLICK TO READ MORE