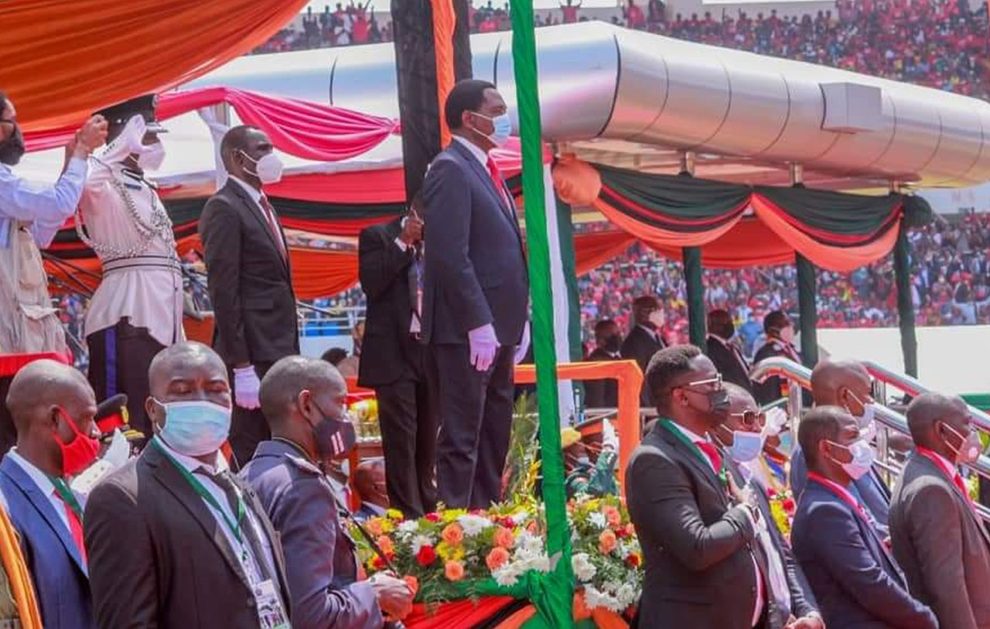 HAVING clocked 100 days since he was sworn in as the seventh President, the head of State, Hakainde Hichilema, yesterday asked the public to rate the performance of his administration so far. The reactions, as you would expect, were mixed, with some brutally honest opinions. That they could be so honest is perhaps testament to what almost everyone seems to agree on – there has been a new air of freedom since President Hichilema took the oath of office on Tuesday, August 24, 2021 at National Heroes Stadium. It is there, that he proclaimed a new dawn. Even as the President asked the public to rate his performance from a score of 10, he also acknowledged that there is more to be done. “We know that there’s more to be done,” he said in a posting on his Facebook page. In marking the 100 days – a benchmark originated by United States President Franklin Roosevelt at the launch of his New Deal administration following the Great Depression – Chief Government Spokesperson Chushi Kasanda outlined some of the achievements of President Hichilema’s administration.
“Together, as citizens of our great country, we have made significant strides in making Zambia a better place to live in,” Ms Kasanda said as she pointed to the restoration of fundamental freedoms, unity of the country, economy to induce sustainable growth and stability and rule of law. On rule of law, she said governance and oversight institutions such as the media, Anti-Corruption Commission (ACC) and Zambia Police, among others, now do the work without political interference. As Minister of Information and Media, Ms Kasanda spent more time on the operations of the media. “We have freed the media to set their own editorial agenda,” she said. “We have activated the process to enact the Access to Information [Bill], which is one of the fundamental prerequisites of democracy.” Ms Kasanda said the new dawn administration remains on course to serve Zambia to the best of its ability. “As we clock 100 days in office as the new dawn government, we look back with humility at the mandate CLICK TO READ MORE

Invisible hand behind MoH contracts
Locals to get bigger deals