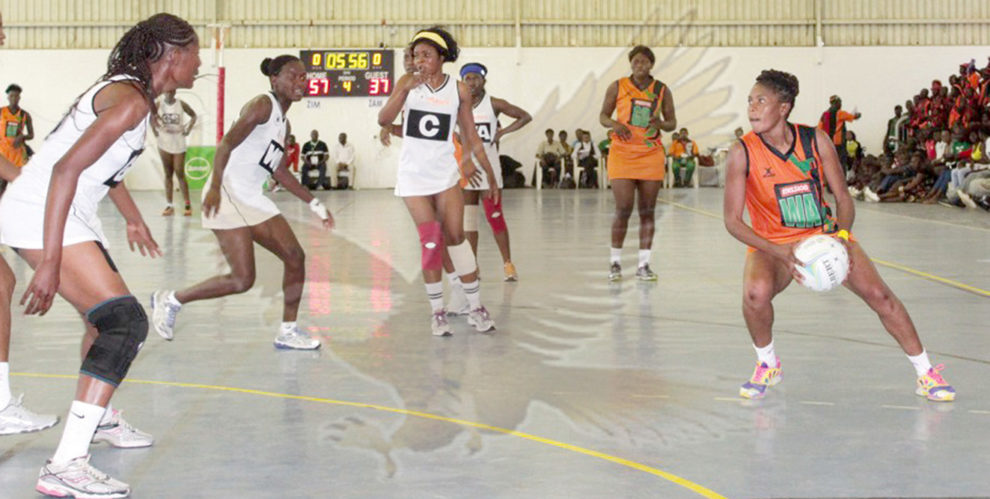 ROBINSON KUNDA and KELLY NJOMBO, Lusaka
ZAMBIA 41 ZIMBABWE 64
ZAMBIA’s deficiencies were yesterday exposed when they were defeated by Zimbabwe in the third match of the ongoing Africa Netball Championship, which is also being used as a Liverpool World Cup qualifier at Lusaka’s Olympic Youth Development Centre (OYDC).Zambia made a false start after taking a lead in the first quarter by a slender 15 – 14 score but Zimbabwe came back strongly netting in succession to take a healthy 21 – 28 lead at the close of the second quarter.
The visitors continued with their dominance in the third quarter while Zambia became more disorganised with goal defender Juliet Kaputeni failing to match Zimbabwe’s goal shooter Pauline Jani, who was netting for fun.
After noticing weaknesses in defence, Zambia coach Charles Zulu pulled out defender Juliet Kaputeni and brought in Petronella Bwalya in a bid to halt Zimbabwe’s free passage. However, the gap kept widening and the third quarter ended with the visitors leading 33 – 44.http://epaper.daily-mail.co.zm/