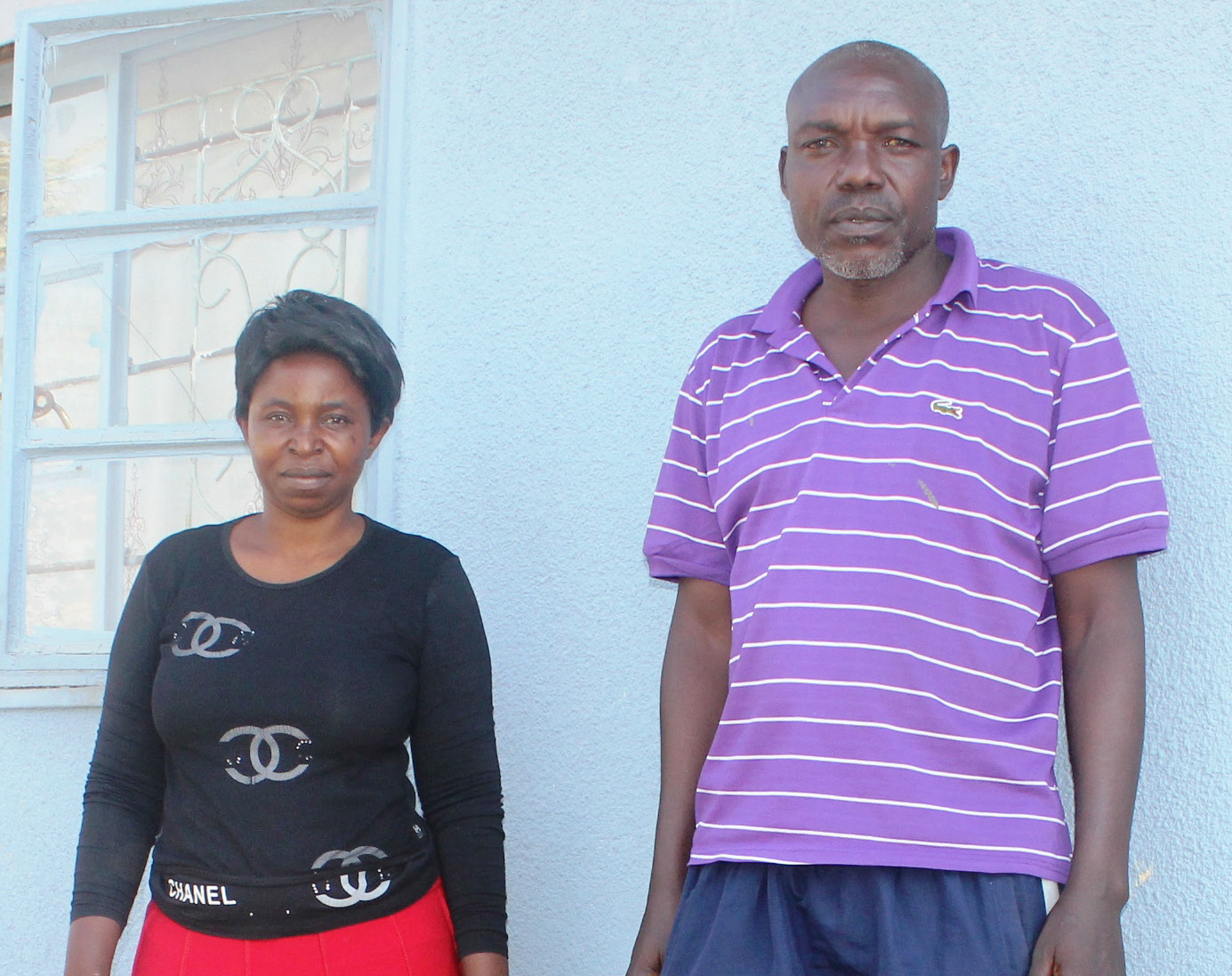 Stars of the Past with BENEDICT TEMBO
IF MEMORIES are permanent, it is also true that they grow with time giving us ability to cherish our past experiences.
It is for this reason that the house former football player Nelson Mwila owns in Miseshi township is his memory to Nkana Football Club.
Without having played for Nkana, Mwila would have probably not worked for the mines and not been offered the house he bought as a sitting tenant.
Known for his nimbleness on the ball in the field of play during his heyday, Mwila can now sleep soundly in the house, which brings nostalgic flashes about the team he held dear to his heart.
An all-round midfield player, Mwila joined the great Nkana Red Devils in 1986 and played in the B side for two years.
BACKGROUND
Mwila who was born on October 25, 1964, hails from a family of eight â€“ five males and three females.
The sixth in the family was brought up in Mindolo township and went to Buntungwa and Machona primary schools then did his secondary education at Mukuba.
His father, Kaula Mwila was a miner while his mother, Erica Mwansa was a housewife.
SOCCER CAREER
Mwila, who joined Nkanaâ€™s B team in 1986 at the age of 22 was promoted to the clubâ€™s A team in 1988, played as an outside left and right winger but occassionally played as a central striker.
He had earlier played at Machona School during his formative years and later at Mukuba where he was discovered by Nkana coach Moses Simwala.
The man who played with both legs also played for the under-20 national team which played Nigeria in the Africa Youth Cup qualifiers.
Zambia drew 2-2 with the Flying Eagles in Lusaka and lost 0-1 in the return leg to bow out of the qualifiers.
Mwila was also a member of the under-20 squad which won the COSAFA Cup after beating Zimbabwe in the final.
The team comprised Daimoni Chiboni, Simon Mwansa, Alick Chuba, Clement Sungubele, Langson Phiri, Henry Malambo and Johnstone Bwalya, among others.
Playing for a star-studded side, Mwila found it hard to command one position and survived competition due to his ability to use both legs efficiently.
Because of his stamina and pace, Simwala found it convenient to deploy Mwila either on the left or right side of the midfield to destroy the opposition.
When the teamâ€™s top strikers were unavailable, Mwila would be tasked to play the role of a holding striker as he had good height to challenge for aerial balls as well.
He played for Nkana during the clubâ€™s glorious era which had the likes of Kenneth â€˜Bubbleâ€™ Malitoli, Dominic Mutale, Jericho Shinde, Beston Chambeshi, Reuben Sakala, Dick Shonga, Simon Mwansa and Godfrey Muselepete.
â€œI covered for some players when they went for national duties such as Muselepete,â€ Mwila, who contributed to Nkanaâ€™s six league titles, said at his Miseshi home recently.
Some of the CAF inter-club games Mwila played include the now Champions League against Saints of Zimbabwe in which he scored the winner after the team from across had cancelled Chambeshiâ€™s opener.
When seven Nkana players were suspended for refusing to sing the national anthem following their Heroes and Unity Cup loss to Green Buffaloes, Mwila became a regular in the reconstituted squad. The Red Devils defied odds to retain the title â€“ thanks to Mwilaâ€™s tenacity.
Mwila retired from playing in 1990 and instead concentrated on work in the mines where he was deployed at the smelter section.
He toiled as a handleman, greasing overhead cranes for 21 years.
He was one of those players who opted not to sign a contract with the club when the mining conglomerate, Zambia Consolidated Copper Mines introduced professional football.
FAMILY
Mwila has four children â€“ two males and two females – with Joyce, his wife of over 15 years.
Raymond, the first born is a heavy duty mechanic repairer while the second born Ivy is studying clinical medicine with Chreso University in Lusaka.
Nelson junior is in Grade 12 at Kalulushiâ€™s St. Joseph Secondary School while Erica, the last child is doing Grade Nine at Ndeke Basic School.
SURVIVAL
Mwila, who retired in 2009, is now a farmer in Chief Mukutumaâ€™s area in Kalulushi where he grows maize, soyabeans and sweet potatoes on his 15-hectare piece of land.
Within the premises of the yard where he bought a three-bedroom house, Mwila has built a two-bedroom house and is renting out the main house to raise some income.
He also has a garden within his Miseshi house where he grows vegetables.
NKANA
Mwila still follows Nkana religiously but his spirits were dampened recently when management at the club sidelined his former team-mate, Beston Chambeshi and installed Aggrey Chiyangi.
â€œWhy have they done this to Beston (removing him), he did not have material to make an impact,â€ Mwila said.