Soccer Review with STEPHEN PHIRI
IN LOCAL parlance, they would say sembe! Loosely translated, it means ‘if only’.
But that is the feeling of most Zambian soccer fans following the Chipolopolo’s display against Morocco in an international friendly in Marrakech on Sunday night.
Indeed one would wonder why the Chipolopolo did not display the same performance they showed against Morocco during the 2019 Egypt Africa Cup of Nations qualifying race.
If only, and the story would have been different going into Friday, when the Africa Cup of Nations kicks off in Egypt.
Unfortunately, Zambia finished bottom of Group K, which had Mozambique, Guinea-Bissau and Namibia, with the latter two qualifying for the continental showpiece leaving Zambians with the option of adopting teams to support when the tournament starts.
Zambia beat Herve Renard-drilled Morocco 3-2 courtesy of goals by Mwape Musonda, Kingsley Kangwa and Enock Mwepu. Very few saw this one coming.
The victory was earned a week after a 2-1 defeat to African champions Cameroon in Madrid, Spain.
The win over Morocco should be used as a starting point to rebuild a national team that will take its rightful position in African football.
The Chipolopolo played a refined game and the players had the confidence on the ball and took on Morocco, the 2018 Russia World Cup finalists, punch for punch.
Some people on social media thought the Chipolopolo were preparing for the Africa Cup of Nations but, alas, it was wishful thinking.
A fan asked on one of the soccer groups I subscribe to for the group in which Zambia were placed at the Egypt finals.
When reminded that the Chipolopolo are not Egypt-bound, the fan said the football Zambia displayed against Morocco was encouraging.
Even Morocco assistant coach Patrice Beaumelle, who had a stint in the Chipolopolo top job, said Zambia gave the Arabs a good run ahead of the continental championship.
Ivory Coast are in Group D alongside Morocco, Namibia and South Africa.
The win over Morocco should be a boost ahead of the 2020 Africa Nations Championship last-round qualifier against Botswana next month and the 2021 Africa Cup of Nations qualifiers getting under way later this year.
It should also give under-23 national team players a lift as they prepare for the 2019 Egypt Africa Cup of Nations qualifier against Congo-Brazzaville in September.
Zambia stand-in coach Beston Chambeshi, who is also under-23 coach, unleashed nine players from the junior Chipolopolo squad against Morocco.
I am sure the win over Morocco will stick on the minds of the under-23 players for a long time and it will spur them to qualify for the Egypt finals and subsequently for the 2020 Tokyo Olympic Games.
sphiri@daily-mail.co.zm, phiristeve4@gmail.com 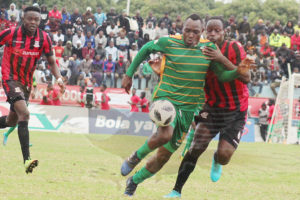 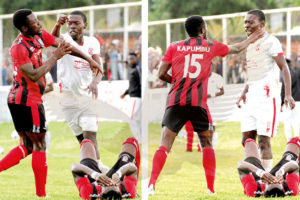