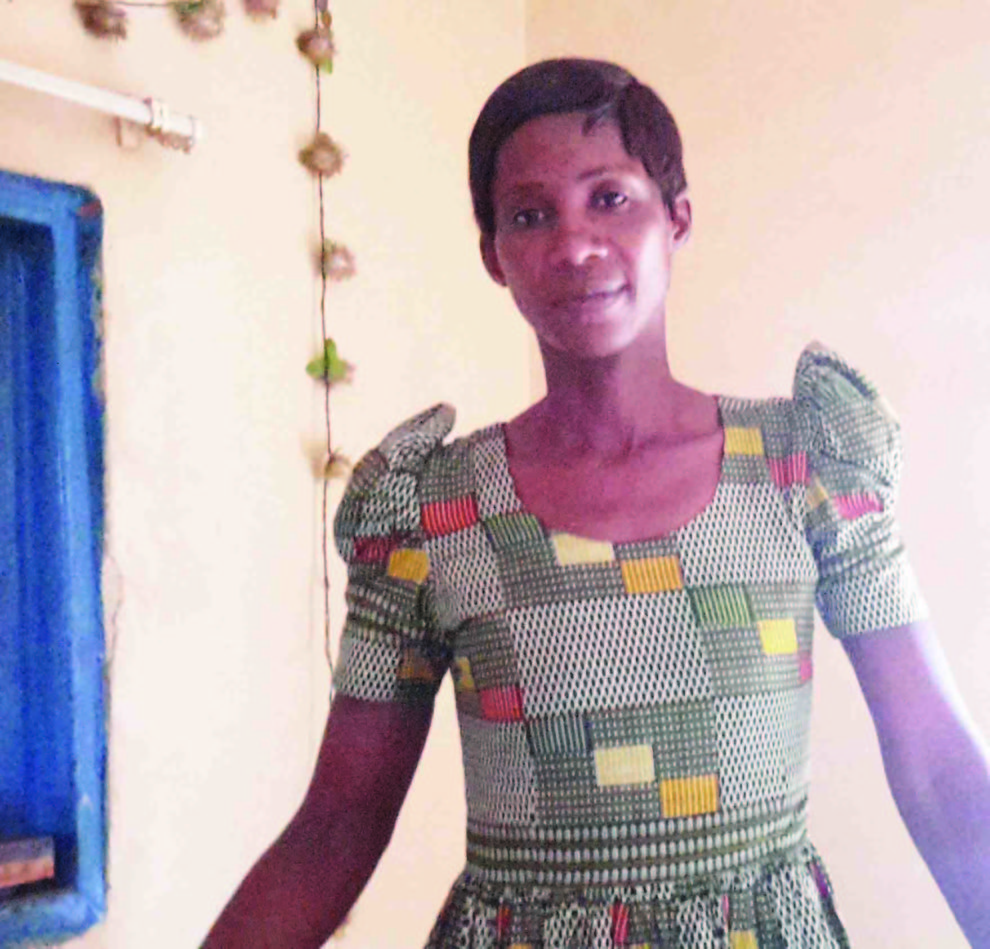 SUNDAY PROFILE with CHRISTINE CHISHA, Kaoma
A PRIMAL pleasure and an endearing trait shines through as Mukatimui Indopu Sitali talks with an ardent, childlike enthusiasm about her passion of building women lives.

A multi-tasking woman who describes herself as focused, energetic, purposed with a strong drive to achieve her goals, since joining the Young Women Christian Organization (YWCA) in 2005 as a youth activist, Ndopu has turned her home into a safe haven for Gender Based Violence (GBV) victims in Kaoma district.

An ardent believer of Jesus Christ, Indopu, is convinced that every person can achieve their objectives using the talent they have and touch the entire universe.
“I believe we are all created with a greater potential than we think we have. It is the reason I want to see people’s lives built, especially women including GBV victims, my passion and purpose in all I do is to see lives built,” Indopu said.
Her gesture has earned her a moniker, ‘mama waluse’ while other Kaoma residents refer to her as the ‘district GBV state counsel’.
A graduate of Business Management and Financial Accountanting, Indopu changed her career path after being exposed to gender violence, child labour and defilement. She has since trained in Social Work and Theology.
“I joined as a volunteer in 2005 with the aim to help young people remain in school. In the long run, I have found myself taking care of GBV victims and fighting child labour. I also educate young people on Sexual Reproductive Health (SRH) so that they can make informed decisions.
“Kaoma is one of the districts with a high rate of children dropping out of school due to early pregnancies. This also leads to high cases of Sexually Transmitted Infections (STI) because they are not using any protection,” Indopu said.
Because of the high levels of young girls dropping out of school, Indopu, with her team at YWCA have a programme to equip young people with self-reliant skills, communication and negotiating skills.
Through the programme, most young people are learning to make informed choices.
However, her work is offset by lack of resources and funds to run the programmes effectively, though she remains in top form to help all those who come her way.
And because of lack of funding, Indopu has opened her home to GBV victims whom she releases after intensive counselling. At the moment, Indopu lives with two GBV victims.
Indopu’s work and commitment caught the attention of a white woman from United States of America who visited Kaoma under the Women Initiative that Strengthens and Empowers (WISE).
The visiting woman from the United States was impressed by Ndopu’s work and she funded the construction of a one stop center scheduled to be opened in March this year.
The centre will provide prompt and comprehensive services to survivors of gender based violence such as medical, legal and counselling.
At the time WISE visited Kaoma, Indopu had four cases of victims of physical violence who had been taken there by the police.
“It is risky to keep victims at home because perpetrators can follow you at home. My husband and children have been of great support. My husband works for the judiciary and has done GBV management course” Indopu said.
While the construction of the one stop centre is going, on Indopu is engaged with the International Labour Organisation (ILO), a project fighting against child labour in tobacco growing areas in the district.
“Currently, the funds we have are from ILO to fight child labour in areas where tobacco is being grown.
“A number of tobacco farmers employ children for cheap labour. We have six communities we are focusing on and we are also educating the community on SRH.
“Most parents depend on their children below the age of 18 to take money home and what is worrying is that young girls are being abused and some end up being raped and impregnated,” Ndopu said.
The International Labour Organisation (ILO), through a Public Private Partnership with Japan Tobacco International (JTI), launched phase II of the ARISE project to prevent and withdraw children from working on tobacco farms through education.
Indopu said the project integrates skills training and behavioural change, strengthening capacity for enforcement of regulations, empowering households with micro enterprise skills and raising awareness on child labour and its elimination in tandem with the monitoring and referral services.
“The children’s place is in school. We need to invest in their education to end child labour and break the circle of poverty”, she said.
Between 2012-2015 under phase I, the project, through collective stakeholder efforts, was able to withdraw 575 young people from various forms of child labour, prevented 4,327 children from being engaged in child labour activities and sensitised around 10,000 members of the public on child labour.
Additionally, 400 households were supported with economic empowerment initiatives through income generating activities and self-help groups.
The project also facilitated the integration of child labour programmes in various institutions, including government departments, schools and communities.
Ndopu feels fulfilled when she sees positive feedback being recorded because her passion is to build lives.
Indopu whose interests are reading, travelling and making friends, urged young people to be true to themselves because this has helped her in many projects and in the work she is doing.