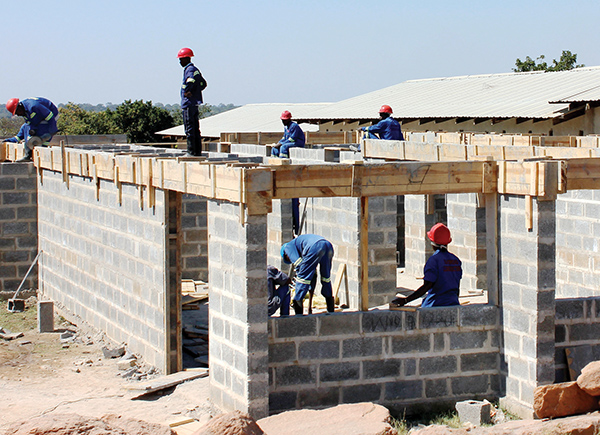 NKOMBO KACHEMBA, Kitwe
GOVERNMENT has released an additional K2 million for the completion of works at Ndeke Clinic in Kitwe which was recently upgraded to a mini-hospital.
Last year, K7.6 million was released to expand the existing infrastructure at the clinic, which will now have a maternity wing, mortuary, admission wards, a laboratory, X-ray room, laundry and a kitchen.
Kitwe District Health Management team director Chikafuna Banda said with the K2 million, all the works at the newly- upgraded clinic will be completed.
â€œThis K2 million we have received is sufficient to finish all the works at the clinic. We hope before the end of the year, all the works will be completed,â€ Dr Banda said.
He said the contractor is on site working on the maternity wing, children and womenâ€™s admission wards, which are at roof level.
Dr Banda also said out of the 650 health posts Government is constructing countrywide, Kitwe has been allocated nine, which will be built in peri-urban areas.
He said works have since started on the sites for health posts, with the drilling of boreholes taking place at the premises.