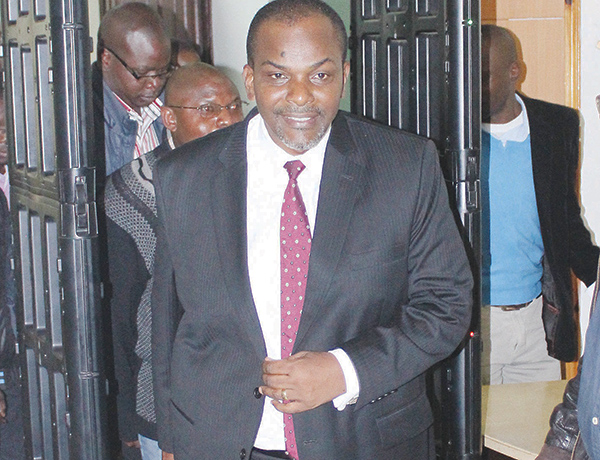 JIMMY CHIBUYE, Lusaka
THE tribunal constituted to investigate suspended Director of Public Prosecutions (DPP) Mutembo Nchitoâ€™s alleged professional misconduct yesterday reluctantly adjourned to Friday for hearing of preliminary issues.
Tribunal chairperson Annel Silungwe said yesterdayâ€™s proceedings were reluctantly adjourned because the matters should be conducted expeditiously.
Mr Justice Silungwe said this when Attorney General Likando Kalaluka applied that the matter be postponed to April 21 because both the State and Mr Nchito have agreed to defer the matter.
Mr Justice Silungwe, however, objected to the proposed date and suggested that the matter comes up on any day this week.
â€œThere is a mutual application by both parties for an adjournment to Friday April 17, 2015. We are in a position to allow this application in a reluctant manner but all the same we shall adjourn,â€ he said.
In application for an adjournment, Mr Kalaluka said both parties have agreed that the matter be adjourned because lawyers will be attending Supreme Court sessions in Kabwe this week.
Earlier, Mr Kalaluka asked the tribunal to hear the State and Mr Nchito in chambers before they could proceed.
He said the State and Mr Nchito had agreed that they meet tribunal members in chambers.
Mr Justice Silungwe allowed the application.
Mr Justice Silungwe, a former Chief Justice, leads a three-member tribunal which was appointed on March 10 by President Lungu to enquire into the alleged misconduct and acts of impropriety byÂ  Mr Nchito, as provided for under Article 58, sub-article (2) and (3) of the Constitution of Zambia.
Other members of the tribunal are former Chief Justices Mathew Ngulube and Ernest Sakala.
The tribunal has been given eight terms of reference.