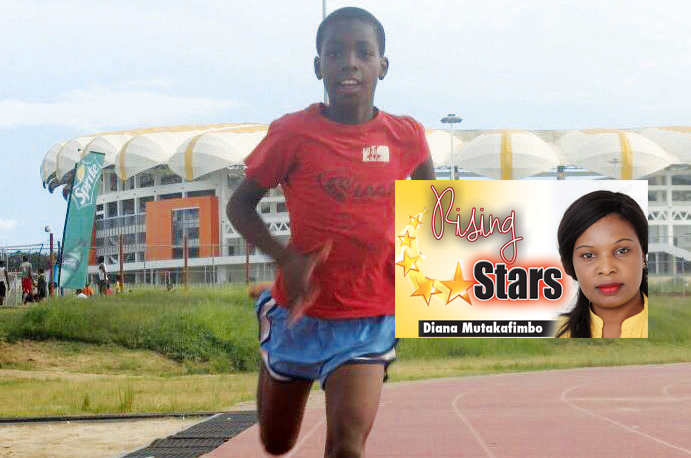 Rising Stars with DIANA MUTAKAFIMBO
SINCE the Samuel Matete era, Zambia had to wait for two decades to produce an Olympic gold medalist in Sydney Siame.
Although Matete never won the Olympic gold medal, he was Zambiaâ€™s most celebrated runner having won various medals at international events.
Until Siame came on the scene, Matete was the only Zambian to have ever reached the Olympics finals in Atlanta, United States of America in 1996 where he won silver in 400m hurdles.
Two years earlier, Matete won the 400m hurdles Commonwealth gold after recording an impressive 48:67 seconds which, however, was not as impressive as the time he recorded at the 1996 Olympics.
He clocked 47:78 in Atlanta.
Matete won gold at the World Championships in Tokyo in 1991.
Then came Siame, nicknamed worldâ€™s fastest kid, who defied odds to win an Olympic gold medal in 100m at the 2014 Nanjing Youth Olympics.
Since winning the Olympic Youth gold medal in China, Siame has kept improving his performance and had a chance to face legend Usain Bolt in the semi-finals at the 2015 World Championships, in Beijing.
Among the young athletes being inspired by Matete and Siameâ€™s achievements is 13-year-old Nchimunya Chipasha.
Nchimunya rates himself as another Zambian wonder kid and believes he has what it takes to enter the hall of fame.
BACKGROUND
Born on February 18, 2003, Nchimunya is third in a family of six.
He is currently in grade six at Prospect Private School in Matero, Lusaka.
Nchimunya wants to become a professional athletics coach when he completes school and as such, he takes his physical education lessons seriously.
â€œI love sport and athletics in particular, that is why I want to become a professional athletics coach. I want to contribute to the development of sport in the country both as an athlete and coach,â€ he says.
Despite his focus being on athletics, Nchimunya places education as first priority.
He believes education is the most important thing of what a person wants to become in life.
CAREER
Nchimunyaâ€™s is a 100m and 200m runner.
He started running in 2012 with Green Stars based at Olympic Youth Development Centre in Lusaka.
Nchimunya has competed in several national, provincial and district competitions.
In September 2015, Nchimunya traveled for the Congo Brazzaville All-Africa Games as an ambassador where he received a recognition award.
Nchimunya wants to become a professional athlete and compete at World Championships.
His aim is to represent the country at competitions like the Olympics, Commonwealth and World Championships.
He also wants to use athletics to secure a scholarship to study in the United States of America so that he realizes his dream of becoming an athletics coach.
IDOL
Nchimunya is inspired by his coach Joseph Daka although his role model is Bolt.
â€œI will work hard so that I can also become a world champion one day. Bolt is a great runner and he inspires a lot of us young athletes,â€ he says.
For comments: dmutakafimbo@daily-mail.co.zm.