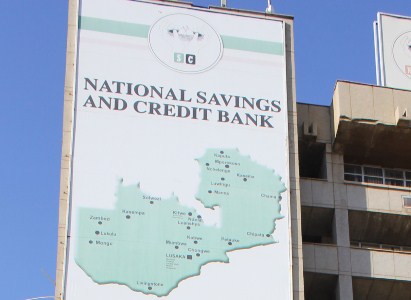 CHIMWEMWE MWALE, Lusaka
THE Ministry of Finance has reconstituted and appointed a new board for the National Savings and Credit Bank (NATSAVE).
This comes after Secretary to the Treasury Fredson Yambaâ€™s assurance last week that a new board was soon going to be constituted.
In a statement yesterday, the Ministry of Finance stated that the appointment of the board is in accordance with a Cabinet directive after a special meeting held on November 26, 2015.
It stated that Government had taken into consideration gender parity, qualifications, competencies and track records to appoint the board.
Dr Chiselebwe Ngâ€™andwe has been appointed as board chairperson while members include Chief Mumena of the Kaonde people of Solwezi, Judith Mwananshiku and Frederick Siame.
Other board members are Tiziana Marietta, Cosmas Mambo, Chobela Mutantika and Vincent Mwanza.
And commenting on the appointments made by Minister of Finance Alexander Chikwanda, Mr Yamba assured that â€œeffective policy oversight in the operations of NATSAVE will now be ascertained and that the board must ensure that the governance systems at the bank are strengthenedâ€.
Mr Yamba also affirmed that Government will continue to invest in the bank as an avenue for reaching the unbanked areas of the nation.
Last week, the Ministry of Finance appointed NATSAVE board secretary Mwila Chibiliti to act as managing director for administrative convenience.
Mr Yamba also announced that NATSAVE managing director Cephas Chabu had proceeded on administrative leave to facilitate smooth investigations by law enforcement wings into the activities and operations of the bank.