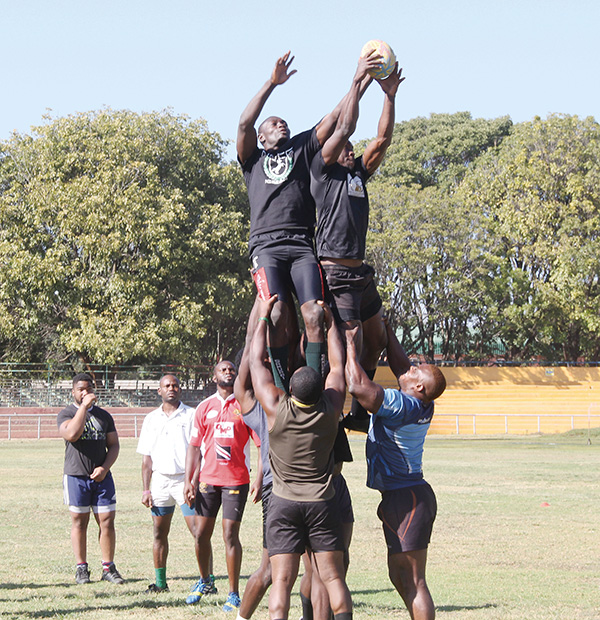 SYLVESTER CHISHIMBA, Lusaka
NATIONAL 15s rugby team players are upbeat of winning the Africa Cup Group 1C tournament kicking off in Lusaka on Sunday.
The players said in separate interviews in Lusaka yesterday that they are confident of beating Mauritius and Rwanda in their quest to bounce back to Group 1B.
Zambia were demoted to Group IC in 2015.
Flanker Philip Kamanga, who features for Red Arrows, said after a morning training session in Lusaka that the team will overcome Mauritius and Rwanda.
â€œOur target for this Africa Cup is to win promotion to Group 1B. It will be tough. But with determination and hard work it is possible. We will focus on the basics and stick together on the pitch.
â€œWe are hoping for a positive result in our opening game [against Mauritius]. It is also important not to underrate Mauritius, they are a good team. They have beaten us before,â€ he said.
Prop Brian Chansa said the team is eager to play in Group 1B.
â€œWe are geared for the tournament. Our target is to win all our games and progress to the next group. It is the teamâ€™s desire to play in Group 1B,â€ he said.
Lock David Badcock said they will not underrate their opponents.
â€œOur training has been wonderful and interesting. I am urging the fans to turn up in numbers and rally behind the team. All the teams are strong but it is about what you do on the pitch,â€ he said.
Meanwhile, Zambia Rugby Union head of secretariat Noble Chisanga said: â€œWe are geared to host the competition and I believe the team will make Zambia proud.â€