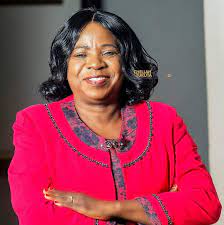 STEVEN MVULA, MWAPE MWENYA, Lusaka
WHILE focus may be on who is in attendance and not at the National Day of Prayer, the first since the country emerged from the August 12 general election, which ushered in a new administration, some of the prayer items are also catchy.
The National Day of Prayer, Fasting, Repentance and Reconciliation is being held under the theme “Zambia seeks sustained unity for shared prosperity”, in the Lusaka Showgrounds from 06:00 hours to 18:00 hours. President Hakainde Hichilema is expected to attend the prayers, which are in their sixth year, for the first time, but there was no confirmation of whether the initiator, former President Edgar Lungu will be in attendance. Organising committee chairperson Joshua Banda said in an interview yesterday that Mr Lungu and fourth President Rupiah Banda are among the invited guests whose names were sent to Cabinet Office for in-ward delivery. “All former leaders in their own capacity were on the list as per tradition. We were told that Cabinet Office handles the delivery of invitations to former leaders,” Bishop Joshua Banda said. Mr Lungu’s administrative secretary, Daniel Siwo, did not pick his CLICK TO READ MORE

ZCTU hopes for relief
From rags to rags