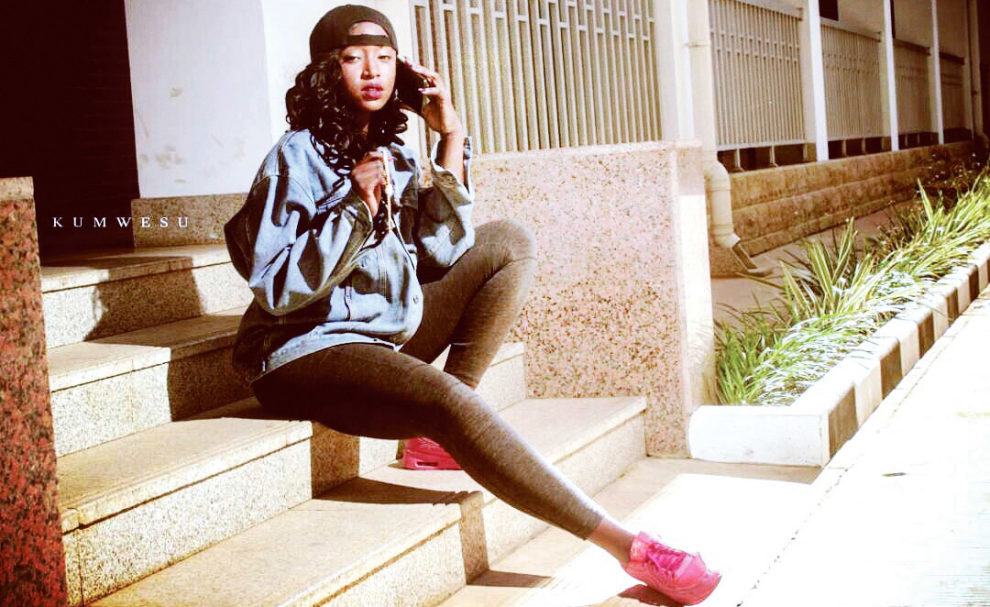 KELVIN KACHINGWE, Lusaka
FORMER Miss Heritage Zambia Natasha Mapulanga, who has appeared as a pin-up model in the Weekend Mail, has won both the Model of the Year and Female Model of the Year Awards in the Zambia Fashion and Model Awards for 2017 that were announced online this week.

Natasha takes over the bragging rights from Brandina Lubili, a Miss Globe International winner.
The awards show was supposed to be a red carpet affair with models strutting the catwalk and maybe designers showing off their elegant designs, but the organisers last month announced the cancellation and instead indicated that the winners will be announced online.
“The Zambia Fashion and Model Awards would like to inform the people and the nominees that the second annual ZFMAs event has been cancelled. However, voting continues and shall close on October, 30 2017 as planned,” the press statement read.
“The winners will be announced online via the Zed360 page and the winners shall be handed their trophies at their convenience starting from 6th November, 2017.”
The cancellation may have taken some shine off the whole spectacle, but some industry players still took some keen interest in the event.
“[I] would like to thank everyone that nominated and voted for me for the Zambia Fashion and Model Awards… Won two awards, I must say am humbled. Also grateful to Zed360 for giving the Zambian fashion industry such a platform,” Unathi Events director Naomi Banda said in a statement on her Facebook page.
“Awards won are Fashion Event of the Year [Miss Heritage Zambia 2017], and after five years, God saw it fit to bless my project Models in Support of Kids Fighting Cancer with the award for Best Model Run Charity Project.
“Thank you to all the models that have been taking part in this initiative throughout the years, to my friend Ntenje Favour for introducing me to the Zambia Childhood Cancer Foundation (ZACCAF) and her support through the years and not forgetting Charity Chawe, Chipimo Pikiti, Mwaba Chiluba and the entire ZACCAF team for your continued support.”
And Gladys Kayumba, who featured only a few weeks ago as a Weekend Mail pinup, won the Photogenic Female Model of the Year. Siphiwe Benasho Mutale, who featured as a pin-up some years ago, won the Zed360 Award for Fashion Influencer and Modelling Agency of the Year through her Pink Diamonds.
Other winners are Kay T. Siame – Afrikawala Designer of the Year (Ready to Wear); Tony Davies – Photographer of the Year; Jimmy Pitita – Male Model of the Year; Emmanuel Musonda – Photogenic Male Model of the Year; John Chilufya – Emerging Talent (model); Alexander Musonda – Model to Look out For; and Kabaso Nkandu (Nkanda Yatu) – Designer to Look Out For.

TagsModel of Natasha the Year

Roberto’s ‘Vitamin U’ is the video!
‘Circle of Violence’ premieres