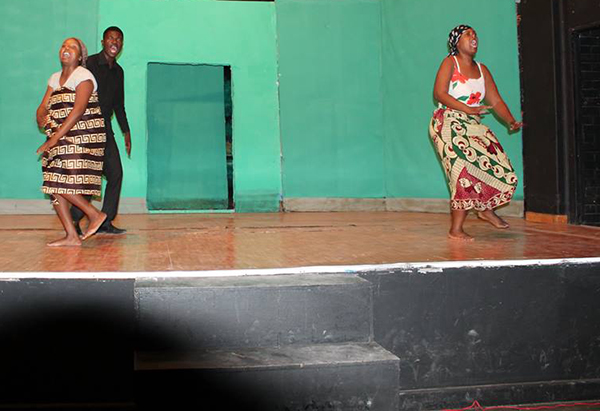 KELVIN KACHINGWE, Lusaka
NATIONAL Theatre Arts Association of Zambia (NATAAZ) chairman Boyd Chibale Kaimbi is next month set to stage the Henry Joe Sakala-written play Without A Kiss at Lusaka Playhouse and the Kitwe Little Theatre.
Boyd, who confirmed the play to the Weekend Mail in Lusaka and is also directing it, says the play will go on stage on February 10 and 11 at the Lusaka Playhouse and then on February 17 and 18 at Kitwe Little Theatre.
A Valentine treat you may call it.
According to the synopsis, Without a Kiss, is a two-cast play that centres on John and Angela. Separated for over fifteen years, the two meet again in strange circumstances.
John is a successful businessman while Angela is a prostitute. Unknown to her, she gets picked up by John, her first love who is on a mission to get her off the streets and marry her.
He, however, discovers that it is no easy task to get her to agree to leave the streets.
John gets to know more about girl child abuse, spouse abuse and just how vulnerable people, especially women, are in what Angela calls an unfair world.
On Friday, Boyd had announced that the auditions had started and those interested were expected to collect auditioning scripts from the Lusaka Playhouse.
Whichever way one looks at it, the NATAAZ chairman is leading by example with the production of this play so early in the year. The theatrical calendar had ended on a good note in 2016.
First, the mother body held its senior festival and the triennial conference where a total of 137 artistes from nine groups participated, according to figures obtained by the Weekend Mail.
Chingola Arts Society (CAS), which hosted the Nataaz festival then held its annual [Christopher] Banham Festival where it awarded various members who had excelled in its yearly productions.
In Lusaka, Mtangatambeta Arts Promoters, Nkwazi Theatre Club and Matero Theatre and Media Arts all went on stage at the Lusaka Playhouse with their respective plays. Also, Bantu Empire and Mtangatambeta worked together to bring in Rooftops Promotions from Zimbabwe for workshops.