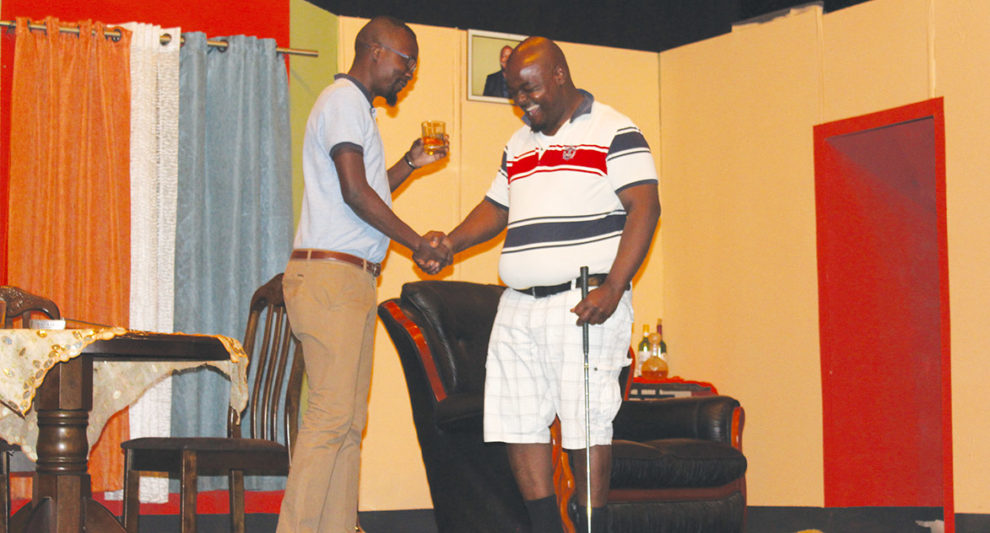 NICHOLAS KAWINGA, Lusaka
AFTER a splendid showing of The Chosen One, which markedly raised the theatrical bar at Kitwe Little Theatre last June, NAPSA Theatre last weekend was at Lusaka Playhouse with Horses and Riders, a socio-political play set immediately after Zambia freed herself from the shackles of colonial rule.
Written by Kitwe-based playwright Leonard Koloko, the play was directed by Situmbeko Sutuneta, fondly known as Stu Neta in the theatre circles, with Taonga Tembo Liwewe as the co-director.
The production is on a triple set design, which opens to a posh lounge in the home of businessman Robert Gabriel Nyambe (Yombwe Ng’andu). Although, the set looked haphazardly built, with less attention to detail and dressing, it was still somewhat representative enough for an uptown home.http://epaper.daily-mail.co.zm/

10 set for Mwansabombwe Arts Theatre Festival
An encounter with glory