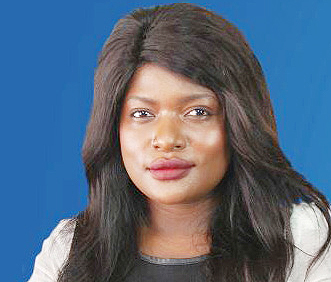 NDANGWA MWITTAH, Lusaka
ACTRESS and journalist Nancy Handabile, a Stanbic Bank Anakazi Woman of the Year winner, has been talking about her career and how she hopes to go further than just getting the nomination Africa Magic Viewer’s Choice Awards (AMVCAs).
Nancy is the only local actress to have been nominated for the AMVCAs. She was nominated for best supporting actress based on her role in Love Games.
“I was incredibly honoured to be nominated for an AMVCA, I was nominated with Liz Benson; she is one of my favourite actresses,” she told Langmead & Media in an interview for a feature article.
“Getting named as a top eight filmmaker in Southern Africa and winning an Anakazi Award make me so happy, because my efforts are not going to waste – people see my work and appreciate it.”http://epaper.daily-mail.co.zm/