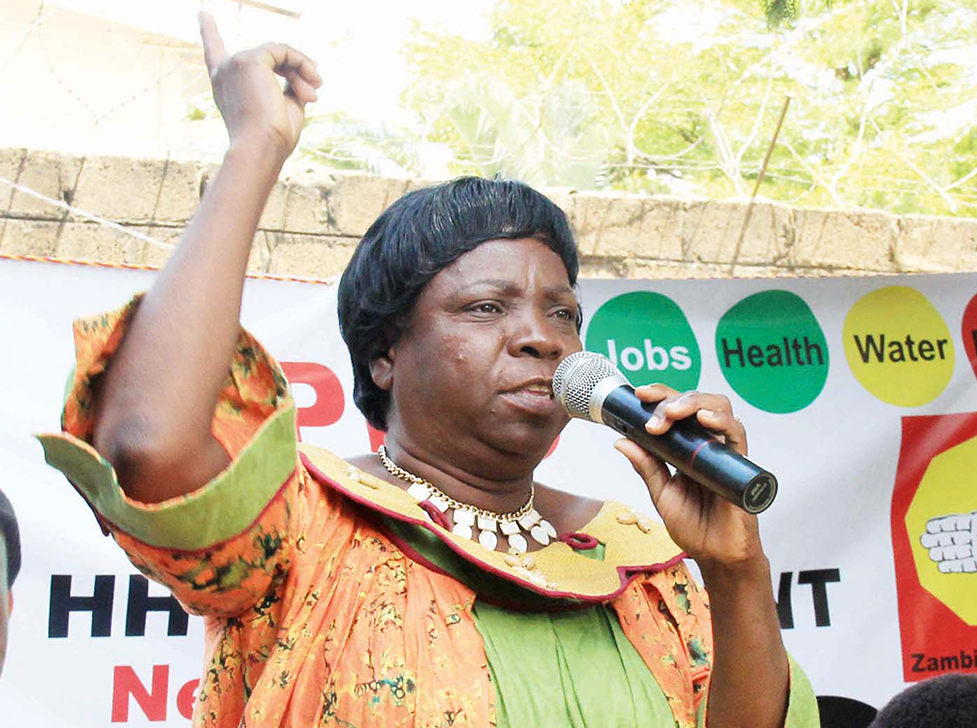 THE previous regime allegedly failed to equitably distribute the national cake, hence neglecting some regions, Vice-President W.K Mutale Nalumango has said. Mrs Nalumango said the August 12 general election, which ushered the United Party for National Development (UPND) into government, has rescued Zambians from harm, allegedly initiated by the former administration. The Vice-President said this here yesterday after learning that part of a roof to a classroom at Mulamfu Primary School in Zimba district has remained unrehabiliated for three years. Mrs Nalumango, who also addressed 35 headmen, said the massive vote given to President Hakainde Hichilema and his administration was a turning point for a better Zambia. “The vote is not for HH, but the vote rescued Zambia from the evil of the previous regime.
“It is because our colleagues mismanaged a lot of things, a lot was not ‘happening’,” Mrs Nalumango said. She regretted the poor road network and inadequate supply of clean drinking water in the district, but assured of better things to come under the 2022 national budget. The Vice-President said Government will repair the blown-off roof at the school through the decentralisation agenda which will soon be rolled out. “We cannot go on like this, people need CLICK TO READ MORE