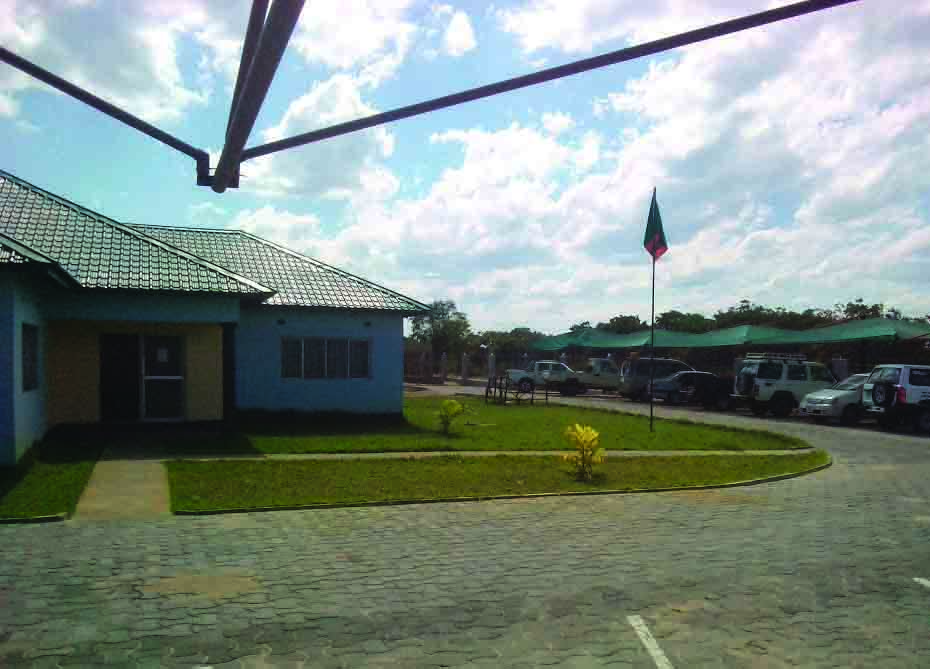 BENEDICT TEMBO, Nalolo
ONE after the other, senior citizens walked into the social welfare office seeking various answers to do with their welfare.
One elderly woman asked another woman behind the desk how her son who has very good Grade 12 results could access a government bursary to study at the University of Zambia (UNZA).
Mercy Nachidze Chileshe, the assistant welfare officer explained to the old woman who left satisfied.
Hardly a minute later, an old man entered the office asking for his dues under the social cash transfer and he, too, was satisfactorily advised.
Mrs Chileshe has been in Nalolo on the east bank (Muoyo royal village) where the district administration is currently based while awaiting the completion of the one still under construction across the Zambezi River.
During the four years she has been in Muoyo, Mrs Chileshe has seen Nalolo grow exponentially and people benefit from the decentralised services by Government.
Among the services residents are now accessing are bursaries for school leavers who are easily helped with application procedures.
Before Nalolo being declared a district in 2013, young people were restricted in terms of career choices.
But Mrs Chileshe says the presence of public service workers in the area has been a game changer as pupils are able to consult.
“Just going for teaching courses was a very big challenge,” Mrs Chileshe said.
Nalolo was part of Senanga district. Given its size and with most people living across the Zambezi River, public service workers were unable to reach most corners of the vast constituency regularly.
“It was a challenge for the department to reach out,” Mrs Chileshe said.
Despite the gains, accommodation has remained a challenge which has compelled most public service workers to continue commuting from Mongu and Senanga daily.
Commutation has been eased by readily available transport as there are a lot of vehicles making their way into and out of Muoyo.
Buses and taxis – which dropped off people at the barrier on the Mongu-Senanga road, now pick up and drop off people at Nalolo market where there is a station.
Taxis, a rare sight in Nalolo a few years ago, are now a regular feature and commuters are spoilt for choice.
Although public service workers are looking forward to shifting to the west bank, most of them would rather remain at Muoyo Royal Village.
This is because the road network across the Zambezi River is almost non-existent.
In fact, construction of the district administration has delayed largely due to challenges in accessing the west bank.
Because of the heavy sand soils, vehicles are breaking down frequently.
As a result, development has delayed.
Vice President Inonge Wina who is passionate about the development of the area where she has twice been member of Parliament (MP), has requested the Zambia National Service (ZNS), now responsible for the Rural Roads Unit, to work on the 90 km Kalongola-Kalabo road to open up the west bank.
The road is critical as it leads to Shekela ward where the new boma will be located. Shekela is the economic life-blood of Nalolo due to its endowment in agriculture and being the gateway to markets.
The Kalongola-Kalabo road will facilitate the development of Nalolo as it will enhance economic activities and ease the movement of public service workers.
Currently, public service workers have to cross the Zambezi River by canoes to go to Nalolo and walk in the plains to get to their work stations.
Infrastructure projects
District commissioner Teddy Chimbinde said although projects are lagging in the west bank, Nalolo can boast of being the first out of the seven newly-created districts where the construction of the civic centre has been completed.
The west bank hosts seven of the district’s 10 wards while the remaining three are in the eastern bank.
Former council secretary Kambole Kalaluka attributed the progress to the personal commitment of the Vice President who used to frequent the area when she was area MP.
Other infrastructure projects include the district administration office, district hospital, post office, police station, two high-cost and 20 low-cost houses.
Mr Chimbinde said from the 650 health posts being constructed countrywide, Nalolo has been allocated six.
The district also has a new health centre.
The district also has a boarding school and a day secondary school, Nambwaye, among other new infrastructure.
A number of community schools have been upgraded into primary schools to enhance education standards in the district.
Three police posts have been opened at Kaungalweti, Mapungu and Sinungu.
Communication towers
To enhance communication, four towers are being erected in the west bank at Kalamba, Kaungalweti, Mapungu and Suu.
“There is also a livestock breeding centre under construction,” Mr Chimbinde said.
Electricity
Zesco has through the Rural Electrification Authority (REA) connected most of the schools in Nalolo, which has motivated teachers and pupils.
Mr Chimbinde said apart from infrastructure projects, Nalolo has also benefitted from the social welfare programmes being implemented by Government throughout the country.
These include the Girl’s Education and Women’s Empowerment and Livelihoods Project (GEWE), which will see about 2,500 women being given seed money to start businesses as part of the poverty reduction programme.
The World Bank-supported GEWE project is designed to increase access to livelihood support for women and access to secondary education for disadvantaged adolescent girls in extremely poor households in selected districts.
The main beneficiaries of the proposed project will be women aged 19 to 64 years who are fit for work and adolescent girls aged 14 to 18 years living in extremely poor households in rural areas.
About 1,262 girls have been identified under the ‘Take back girls to school’ programme while 4,500 people are benefitting from the social cash transfer.