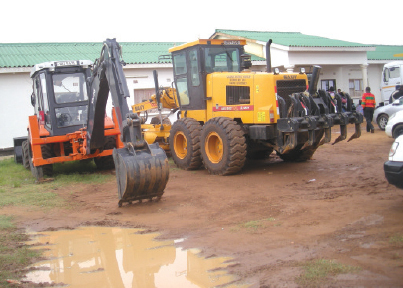 CHARLES CHISALA, Nakonde
YOU should not expect to see a modern town with tarred four-lane freeways, high-rise apartments, upmarket shopping malls, five-star hotels and eateries.
But do not allow its mundane appearance deceive you. Nakonde is not just one of those numerous, non-descript rural outposts you read about in an average Zambian secondary school text book.
It is a bustling border town with a rich cultural heritage and thriving trade-based economy that injects millions of Kwacha into the national treasury each year.
The district is part of the newly created Muchinga Province, which was cloven off the hitherto vast Northern Province in the ongoing decentralisation programme.
The town has a relatively active night life, going to sleep before midnight and coming back to life around 04:00 hours when big buses begin arriving mainly from Lusaka, the Copperbelt, Luapula province and Kenya, bringing mostly cross-border traders.
Most of the locals serve as illegal currency dealers, guides, car washers, mechanics, taxi drivers or agents for people importing motor vehicles from Asia and all kinds of merchandise from Tanzania.
Some of them are involved in small and medium-scale business, running stalls and open stands offering various merchandise including clothes, music CDs/DVDs and food.
The cross-border trade is conducted through both legal and unorthodox channels in cheap goods including clothes, shoes, handbags, bed linen, watches, cellphones, electronic and electrical materials.
Others are hardware, building materials and foodstuffs such as Irish potatoes, rice and beans.
Save for its cosmopolitan central area, Nakonde is mainly occupied by the peaceful and hardworking Namwanga people who migrated from the northern and eastern parts of Africa alongside the Tongas and Ilas during the tribal migrations.
This is why it is not uncommon to find similarities in the names of the two tribal groups such as Sinkala, Sinkamba, Sichamba, Sichivula, Nakawala, Nakapizye, (Namwanga), Siasuntwe, Simukuni, Singani, Siakalima, Namayani, Namununga (Tonga/Ila) and many more.
There is actually little to write home about in terms of development. Almost everything is imported from Tanzania. There are lodges and guest houses and one or two hotels, although you cannot be sure whether they qualify for that status.
The roads are hardly worth their name.Â  Except the dilapidated Chinsali-Nakonde road, the rest are but a disorderly network of rutted earth tracks and potholed gravel roads.
There is some good news, though. The situation is expected to change soon.
The government has expanded the Zambia Revenue Authority (ZRA)â€™s Nakonde yard at the cost of K30 million.
District commissioner Edwin Sinyinza said in Nakonde last year the project is aimed at making the border infrastructure a modern one-stop facility.
ZRA assistant commissioner Rex Mbilishi said then the upgrading of the lucrative border post into a one-stop facility will improve the facilitation of trade, promote efficiency and increase revenue collection.
And the Road Development Agency (RDA) has engaged a foreign contractor to rehabilitate and expand the important Chinsali-Nakonde road at a cost of over US$250 million to increase traffic and improve business opportunities in the province.
The project is already underway, with the contractor working on the worst stretch around the customs check point.
The small town is indeed headed for transformation thanks to the ambitious management at the local government led by council secretary Francis Makesa.
Mr Makesa says the council is in a hurry to change the face and anatomy of what has become his new home following his transfer from the Copperbelt. Under his watch, the local authority has imported construction equipment worth millions of kwacha.
The equipment consisting of a grader, excavator, two tipper trucks and a compactor was procured recently with the councilâ€™s own resources and a contribution from the Central Government through the Ministry of Local Government and Housing.
â€œWe observed that the roads were in a pathetic condition. We saw the need to maintain our roads and open up some areas for development using our own equipment,â€ Mr Makesa said.
He said the equipment will benefit the residents by opening up the roads so that they can access markets for their farm produce and increase human mobility.
He said the government is also in the process of improving water reticulation and that it has already engaged a Chinese contractor to reconstruct a dam, which is the main source of the commodity.
The contractor has already moved on site.
There is much more. Mr Makesa said the government has already budgeted for the tarring of 15 kilometres of roads around the town under the Urban Roads Project.
â€œNakonde will be a completely different place once the project is completed. I am happy to disclose that the government has set aside money in the 2015 national budget for the upgrading of 15 kilometres of roads to bituminous standard,â€ he said.
The Road Development Agency has already engaged a contractor to tar the Mbala-Nakonde road, which will include the seven-Km road to Chieftainess Nawaitwikaâ€™s palace.
Mr Makesa said the council has also asked for land from the chieftainess where it intends to build a modern bus station, and that it received some money last year for the construction of a new multi-activity market.
Currently, there is no proper bus terminus, nor is there a decent market.
And he disclosed that the town will soon have a district hospital on the Mbala-Nakonde road to improve healthcare service delivery.
A local trader, Frank Simbeye, welcomed the projects saying they will help improve the lives of the residents.
â€œItâ€™s good that the government is planning to carry out all these projects. We also need development here,â€ he said.
Another resident who only identified herself as Lisa is excited about the development Nakonde is about to witness in the next two to five years.
â€œWe will be very happy if they tar our roads. It should be the governmentâ€™s number one priority because they are in a very bad state,â€ she said.
They have every reason to be hopeful. Nakonde is truly on the move. 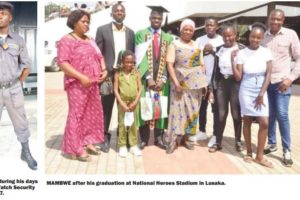