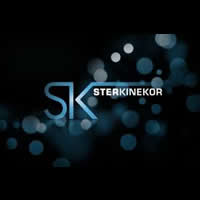 ZIO MWALE, Lusaka
KNOWN for the movies, Mistaken Identity and Taste of Life, Nafler Media Creations is set to show their latest movie titled Beads from the Dust which will premier next August at Sterkinekor cinemas in Lusaka.
Beads from the Dust was written by actor Emmanuel Musonda and directed and produced by film directors, Havley Mwewa and Eunice Mapala of Nafler Media Creations.
The movie is about the untold story of where African people came from; how they lived in the past, what they never knew about their ancestors, who they (ancestors) worshiped and how all age groups of people should relate to African culture and traditions.
The film ends with a question for the viewers; are you lost or are you on the right path?
In an interview with the Weekend Mail, Mwewa said the production was challenging, especially that they were working with some of the upcoming actors and actress, but he is happy that the movie was successfully done.
â€œIt was challenging working with the upcoming artistes. But as producer, I made sure the actors and actresses performed better than expected,â€ he said.
Mwewa who is also the chief executive officer (CEO) of Nafler Media Creations said people should watch out for this Zambian made movie, cast in two languages, English and Chewa.
â€œBeads for the Dust is locally produced, it was produced in Nyangwena after Chongwe town, and people should turn up and support something Zambian,â€ he said.
And Emmanuel Musonda, the story writer, says the title of the movie alone is eye-catching and sums up the story line.
Musonda, who is also part of the starring crew, said the narrative of â€˜Beads from the Dustâ€™ takes back the viewer to the native African culture and traditions with the help of visual illustrations.
The movie stars Emmanuel Musonda, Victor Phiri, Sunday Gatawa and Janet Bwalya.