THE DIPLOMAT’S AGENDA With MWAPE MWENYA
Lusaka
WITH over 10 million tourists flocking to Morocco every year, it is undoubtedly one of the north-west African countries, benefiting hugely from the tourism industry.
A country endowed with diversified landscapes and more than 3,500 coasts, Morocco attracts a wide range of tourists from various parts of the world, making it one of the best tourism destinations in the world.
The Charge d’ Affaires of Morocco’s Mission in Zambia, Abderrazaq Nabil, says Zambia has a lot to learn from Morocco’s tourism industry, because his country has maximised its potential to become the first African investor in West Africa and the second in the continent after South Africa.

“The tourism sector is one of the promising economic activities where the two countries could enhance cooperation since they both have necessary assets and diversified tourist attractions; landscapes and fabulous tourist destinations to sell to the world,” Mr Nabil said.
Mr Nabil, who is Morocco’s first top envoy to Zambia, said despite his country opening the embassy “late”, the two countries have for a long time been cooperating on various international platforms.
“We opened the embassy in Zambia in August last year, subsequently appointing me as the first envoy. However, we have had an ambassador in Rwanda with extra accreditation to Zambia. We opened late because all along, we concentrated on French-speaking countries and Zambia was not one of them,” he explained.
The visit of King Mohammed VI of Morocco to Zambia in 2017 marked a new era in the Morocco-Zambia relations, culminating into the North African country opening an embassy in Lusaka the following year.
It was during King Mohammed’s visit that 19 agreements between Zambia and Morocco were signed in the fields of political consultations, air services, investment protection, finance, insurance, education, training, tourism, agriculture, technology, industry, mining and renewable energy.
“No one can ignore the positive impact of this visit not only at political level, but also at economic level, bearing in mind that the two countries have a huge human and economic potential to benefit mutually through a win-win partnership,” Mr Nabil said.
The top Moroccan envoy said both countries are willing to cooperate in various fields where public institutions and CLICK TO READ MORE 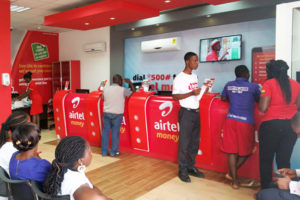