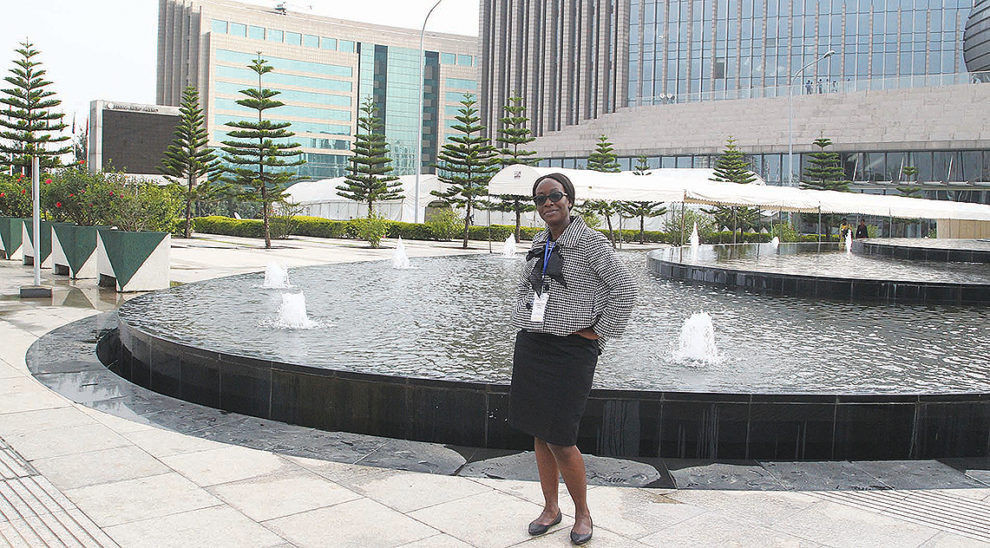 Travelogue:
DORIS KASOTE, Addis Ababa
DUTY called, this time in the capital of Ethiopia, Addis Ababa to cover the 29th African Union (AU) of heads of State and government.

Though I was uncertain on the date when President Lungu would travel to Addis Ababa to attend the summit, I went ahead to make my flight booking, hoping that my guess was not far-fetched.
While listening to Zambia National Broadcasting Services (ZNBC) news, I learnt that the President was actually leaving the same day I was leaving July 2, 2017. Ideally, I should have already been in Addis Ababa to cover his arrival. The 29th ordinary heads of State and government of the AU ran from July 3-4, 2017.
I panicked and anxiety gripped me, however, I consoled myself that I should make the best of the situation.
My workmate, who was obviously concerned called me early the next morning to inform me that the streets were already lined up with police officers to pave way for President Lungu’s motorcade to the airport. The head of State was leaving in the morning using the Presidential challenger. My heart sunk further but I had to meet my obligations as a journalist of covering the President on the other side.
My flight was later in the afternoon, and as misfortune would have it, the flight was delayed by an hour. I was initially supposed to fly out at 15:30 hours, but only left Lusaka at 16:30 hours.
Airborne, I shuddered to imagine what awaited me. I finally landed in Addis Ababa, five hours later. I did not have a visa because I was earlier informed by the Zambian Embassy in Addis Ababa that my name would be on the list of the Zambian delegation at Ethiopia’s Bole International Airport.
I confidently walked to the visa counter and merely informed the immigration officer that I was in that country to cover the AU summit. The officer demanded an invitation letter but the only documents I had on me were the ones stating that I had been accredited to cover the AU summit.
Generally, Ethiopians are not fluent in English. They speak Amharic which serves as the official working language and it is also the national language.
And there came a communication breakdown between myself and the immigration officer.
Just a glance at my accreditation letter, the officer flung it at me and demanded an invitation letter.
Tired, hungry and angry, I had to think of what to do next. I went in search of a pay phone at Bole International Airport to call one of the officers from the Zambian Embassy.
She was actually at the Airport waiting for me for over two hours. I hurried back but I could not still be granted a visa.
However, thanks to the official from the Zambian Embassy, she managed to sort out my crisis.
The weather in Addis Ababa was wet and cold. As I was being driven to my hotel, the Zambian official was briefing me on what was expected of me in a few hours. Ethiopia is an hour ahead, meaning I had already lost out on my sleep.
Other Zambian journalists had already done their accreditation and I had to do the same to be allowed access into the AU complex. Security was tight, so no amount of talking was going to convince security officers at the various entry points of the AU complex to let me in without the necessary badge.
The following morning, I felt as though I hardly lay my head on the pillow, and it was time to rise and sort out my accreditation.
I woke up to a rainy day and quickly got ready to be dropped at the venue where accreditation was being done. Traffic was a nightmare as vehicles moved at a snail’s pace. What obviously contributed was that the AU summit was taking place.
The rule in Ethiopia is to drive on the right side, I only saw left handed vehicles. I would time and again get confused on that first morning especially that I was sleep walking. But I kept nudging myself that whether well rested or not, I had to be alert to adequately cover the AU summit, rest would come later.
I was finally in the AU complex and interacted with different dignitaries, both Zambian and foreign. I must admit that I had little time to visit the city of Addis Ababa. I was mostly trekking between my hotel and the AU complex.
However, on the night before my departure, I and another Zambian journalist took a walk in the crowded city of Addis Ababa. I had no slight idea that the country is under a State of Emergency because people were going about their business normally.
Ethiopians struck me as a peaceful people, though at the corner of my eye, I could see some stealing glances at me as they referred to me as an African in low tones.
On the very evening, I bought some fruits at the market and was given a receipt, only then did I realise how serious Ethiopia is about ensuring that everyone pays tax. This is the route Zambia needs to take.
The three day fully packed Presidential assignment was over, it was time to head home, sweet home.
Bole International Airport was crowded, a trend that is a norm. I manage to meander through the crowd and finally took my seat to return to my beloved country.
I slept through the flight, only to be awoken that we were preparing to land at Kenneth Kaunda International Airport.
Given a second opportunity, would I do this again? Indeed, I would, with no reservations, it was a worthwhile trip.