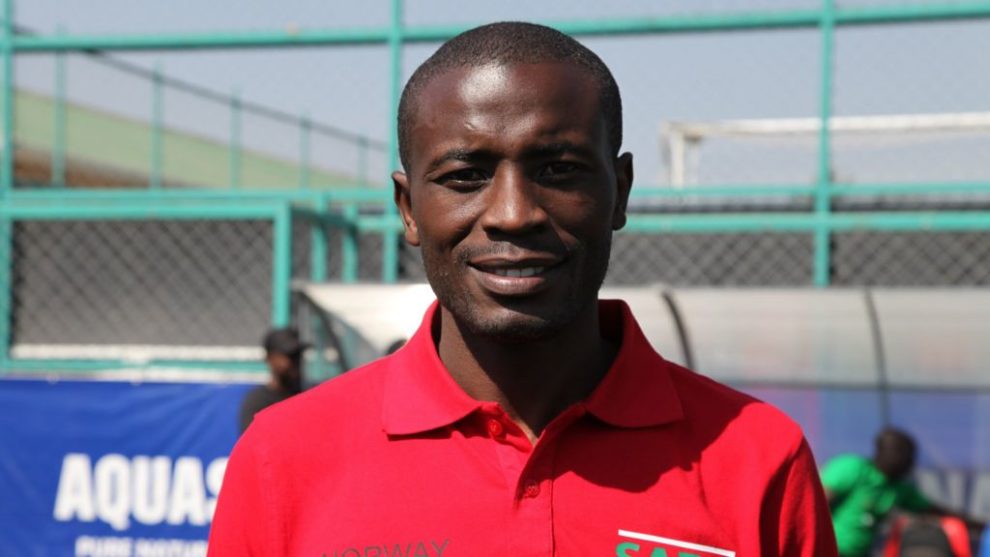 IN 2011, Nchimunya Mweetwa, together with seven other players of Finnish side RoPs, was arrested, sentenced and subsequently banned by world soccer governing body FIFA for two years for being involved in match-fixing, a situation the former striker describes as a dark moment in his career.
However, nine years after the unfortunate incident, the ex-footballer, who is currently coach at Copperbelt Division One side Ndola United, looks back at how he was helped to recover both mentally and financially from his misfortune.
Mweetwa recounts how former Chipolopolo international Jonas Sakuwaha supported him financially when he had nothing.
“I was banned by FIFA and I lost an income and life became so unbearable,” he says. “By then Jonas was playing in France. During Christmas time he visited Zambia and he called me to meet him at Arcades with my wife.
“He was so emotional to see me in the state I was and he gave my wife thousands of dollars and he said to my wife, ‘Your husband gave me his love and mentored me to be who I am today. I appreciate him.’
“My wife was speechless, and he further said, ‘Get whatever you want from the shops, I will pay.’ FB [Facebook] family, I got trollies filled up.”
Mweetwa describes the action by Sakuwaha as a ‘thirstquenching’ moment for him.
He felt really proud of what the player he considers a young brother had done for him at that particular time.
But while he acknowledges the hand rendered to him by Sakuwaha, Mweetwa is also cognisant of the role played by other notable individuals.
They include former Football Association of Zambia (FAZ) president Kalusha Bwalya, who welcomed him with open arms despite having tarnished the name of the country at the time.
“When I came back I didn’t expect him (Kalusha) to receive me the way he did,” Mweetwa says. “When you have dented the image of the country and someone receives you and says: ‘yeah, you have done something bad, but we cannot just let you be like that’.”
Mweetwa, who is also working as a safeguarding officer for Safe Sports, a programme being spearheaded by the Norwegian Olympic Committee to ensure the integrity of sport, says Kalusha
supported him by connecting him to professionals who have helped him on his job.
He also recounts how Ponga Liwewe reached out to him after he returned to Zambia, offering him a job as a pundit to assist Desmond Katongo with content for Mpila Zambia, a programme that was airing on SuperSport.
Mweetwa also gives credit to Honour Janza, who was then technical director at Football House.
“Janza called me in his office trying to mentor me to become a coach and an instructor,” he says. “I have had all these people but Liwewe, Janza and Kalusha have really stood for me, they stand out.
“Kalusha and Janza took me into rehabilitation because I went through a depression.”
In 2012, Mweetwa did try to get back on the pitch after receiving a suspended jail sentence which allowed him not to spend time in prison despite being convicted.
He signed for NAPSA Stars but he could not play as he was banned by FIFA for almost a complete year from April 30, 2012 to April 5, 2013.
However, NAPSA did not let him go right away, opting to maintain his salary and also pay for his lodging at Mumana Resort for a year.
Following the end of his ban in 2013, he moved to Uganda where he played for eight months with SC Villa before returning to NAPSA in 2015 for a six-month stint and helped them survive relegation.
His final action as a footballer would find him in Botswana with Nico United before finally hanging up his boots.
Now coaching Ndola United, Mweetwa also runs an organisation called Nchimunya Mweetwa Foundation (NMF), which looks at protectingthe integrity of the game andpreventing what happened to him from affecting other
athletes.
Mweetwa, who also played for Zesco United, admits that getting over the situation would not have been easy for him without the people that supported him.
“There is a lot of ethical background that has to be done especially here in Zambia where education for these players is needed,” he says.
“All we are interested in is results, we focus on the skill and not the character, and this is the programme that I have embarked on to help out educate players.
“It took me a long time to heal mentally. Part of the healing process has been for me to come out in the open and owning up to help other players, that’s what has really helped me.”