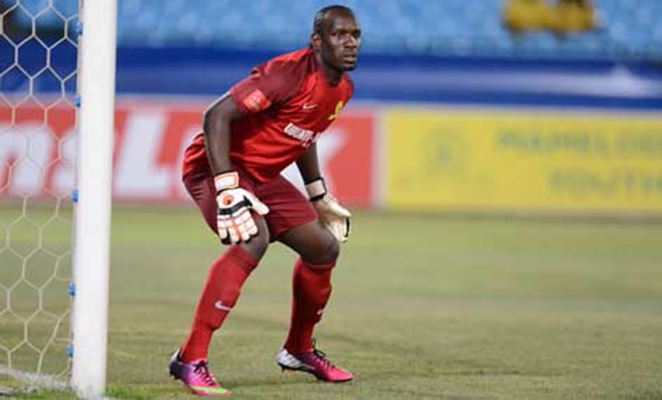 DIANA CHIPEPO, Lusaka
WITH the natural heir to his position not yet settled on, national team goalkeeper Kennedy Mweene says he will continue playing until someone emerges.
Mweene, who is Zambia’s most capped national team player with 120 caps after making his debut in 2003, said he would like to help his eventual successor settle in the job before he could call it quits.http://epaper.daily-mail.co.zm/