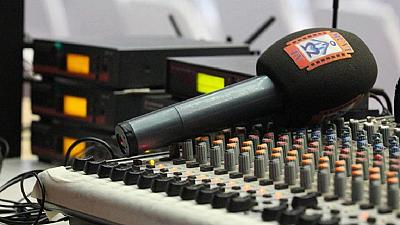 LIKILI MWANZA, Lusaka.
MUVI TV is this December expected to premiere a new reality television programme titled â€œBeads and Lip Stickâ€, in which two groups of eight girls, one from the remotest areas and the other one from the high class, will swap their living environments.
The eight from the remote areas will have to adapt tom an environment of electricity, the internet and cellphones among other things. On the other hand, the girls from the so-called high class will be those who have never been to the village and are instead used to the life of electricity and everything that comes with it.
â€œThe eight participants from the remotest areas, during the show, will be made to live and experience a high class life of which they have not experienced before for 90 days. During the three months in high class apartments, they will be exposed to the use of cellphones, computers and many other electronic gadgets and also take trips to shopping malls and cinemas,â€ Muvi Tv sales and promotion manager Donald Bulangeti told the Weekend Mail in Lusaka.
â€œThe other eight participants coming from the high class life, will be taken to the remotest areas of the country where they will stay during the show without cellphones and other electronic gadgets, and will be expected to do everything that the people do there.
â€œDuring the 90 days of the show, the 16 participants will be expected to adapt to the new environments they will be introduced to, as judgment will be based on adaption.â€
One participant will be eliminated every week through voting by viewers and fellow participants.
â€œThe voting will be done by viewers and the participants themselves, with viewers having a greater percent of the votes. Every participant eliminated will not walk away empty handed from the show. The overall winner will walk away with K1 million.
â€œThe show will be airing live 24 hours every day of the week on one of the many channels of Muvi TV. Then the show will be airing for one hour on the main Muvi TV channel every evening.
â€œMuvi TV is looking to partner with different brand ambassadors to come on board.â€