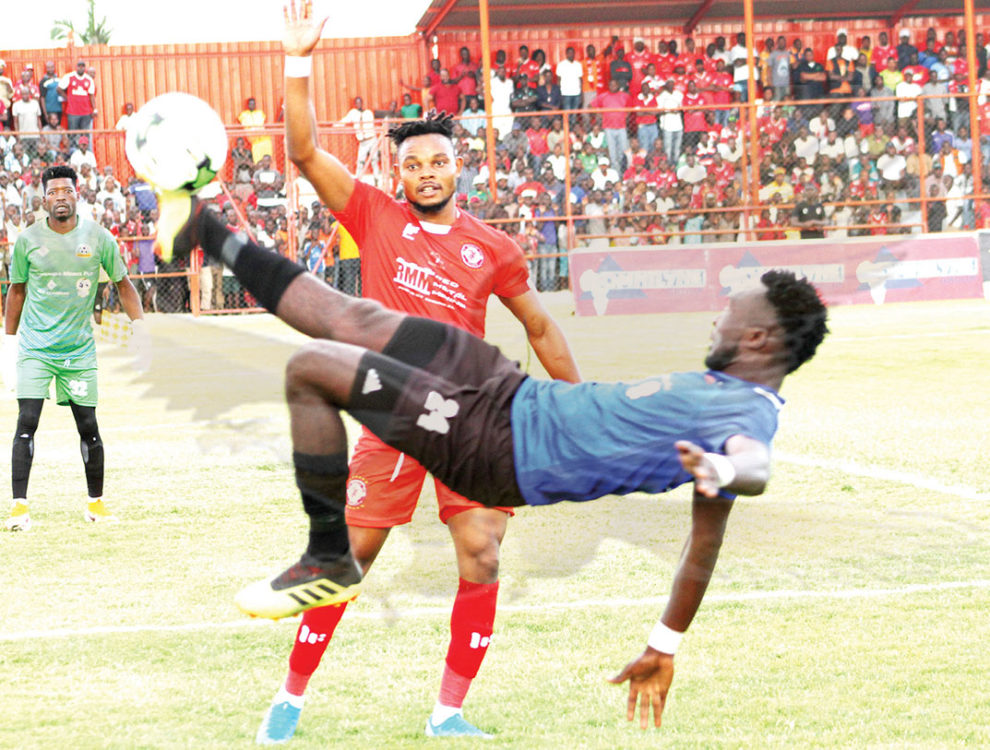 FRANCIS CHEWE, Independence Stadium, Choma
EAGLES 3 POWER 1
COACH Gaston Mutobo yesterday began his second spell as Power Dynamos coach on a losing start as Green Eagles picked up form with a fine display in front of their fans.
Hired to resuscitate the fortunes of Power following the sudden departure of veteran coach Fordson Kabole, Mutobo found the going rough against an Eagles side aspiring for a spot in the Confederation Cup group stage.http://epaper.daily-mail.co.zm/