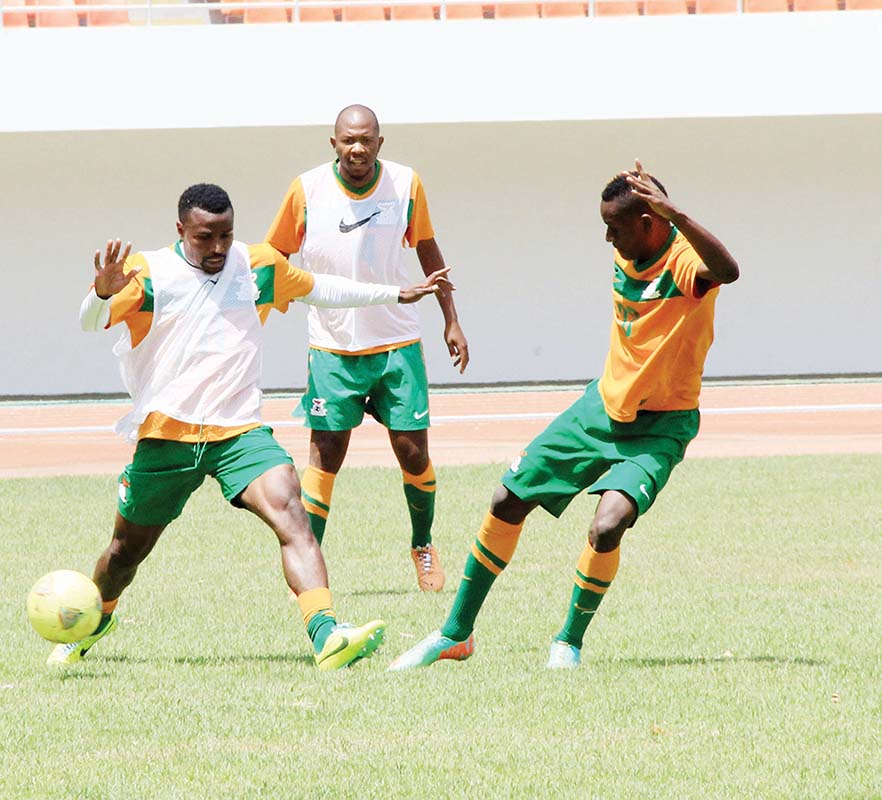 ROBINSON KUNDA, Lusaka
SKIPPER Christopher Katongo says the Chipolopolo cannot afford to drop points in Saturdayâ€™s 2015 Morocco Africa Cup of Nations qualifier against Niger in Niamey.
And goalkeeper Kennedy Mweene, defender Stopilla Sunzu, midfielder Nathan Sinkala, and strikers James Chamanga and Emmanuel Mayuka joined the Chipolopolo in the afternoon yesterday.
Katongo said in an interview yesterday after a morning training session at National Heroes Stadium in Lusaka that the Chipolopolo need to beat Niger to remain in contention to qualify for the tournament in Morocco.
Zambia and Niger have a point each in Group F, leaders Cape Verde have six points while Mozambique have two.
â€œIf we lose that one [game against Niger] then we have to count ourselves out. We just have to win and I think the boys are ready,â€ Katongo said.
He said all the players know what is at stake having dropped points against Mozambique and Niger.
Zambia battled to a goalless draw with Mozambique in Ndola before losing 1-2 to Cape Verde in Praia.
Other foreign-based players in camp are defender Kabaso Chongo, striker Given Singuluma, and midfielders Chisamba Lungu and Rainford Kalaba.
â€œWe are going away but we are not counting the game as an away match. We donâ€™t have to drop points like we have done in previous matches. Thatâ€™s why I was telling the young players that donâ€™t wait for anybody to come and play, you are here and just consider yourselves that you are going to play,â€ Katongo said.
The 2012 Africa Cup hero said the presence of many local players is good because it is a transition period.
And Football Association of Zambia (FAZ) communications manager Nkweto Tembwe said the other foreign-based stars were expected late yesterday.
The other players who were expected to join the team yesterday are defender Emmanuel Mbola and forward Jacob Mulenga.
Tembwe said the team is expected to leave for Niamey tomorrow or Thursday.
Tembwe also said the advance party led by FAZ head of administration and competitions Julio Chiluba was scheduled to depart for Niger yesterday.