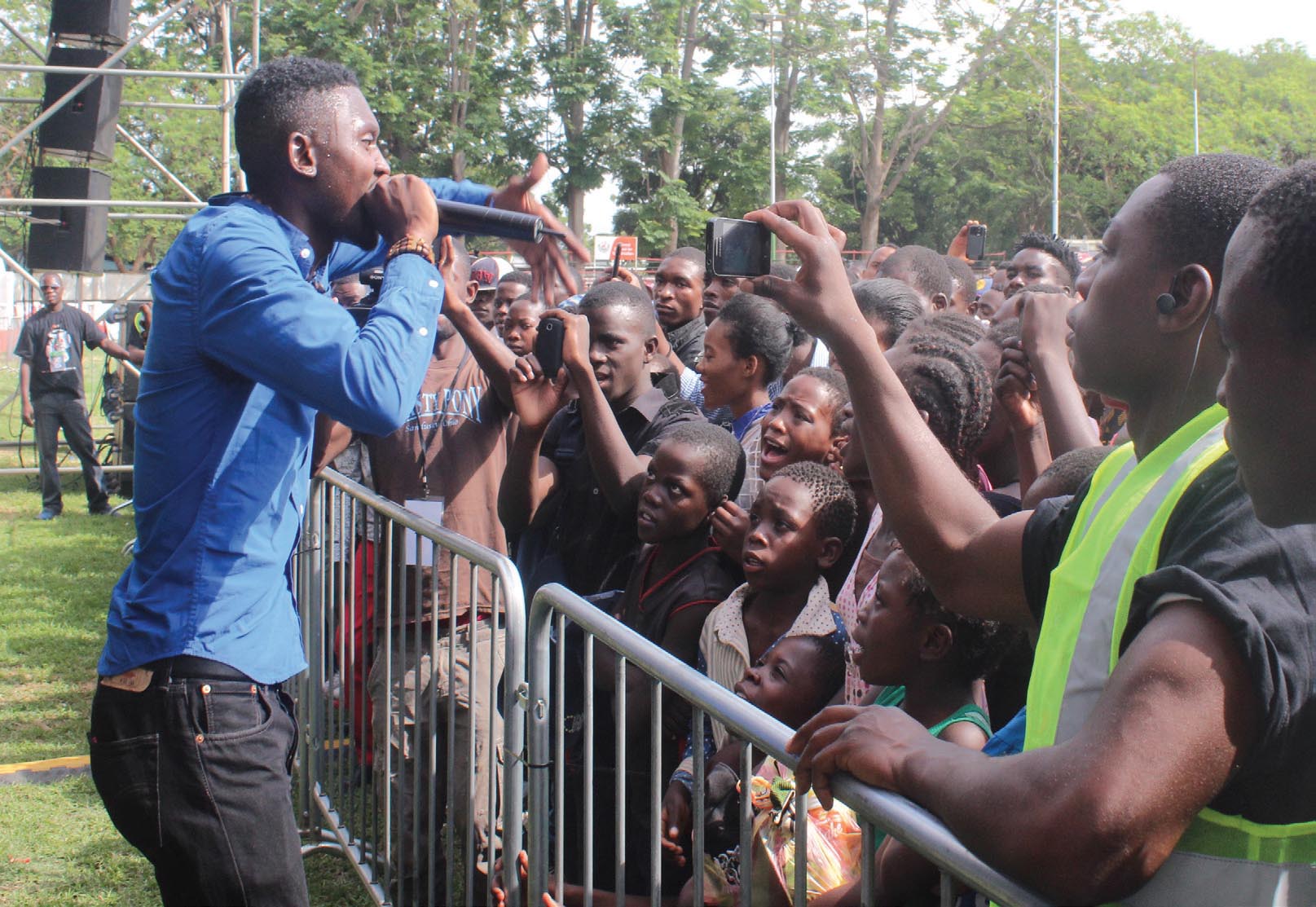 CHOMBA MUSIKA, Lusaka
MACKY II, Afunika, Chef 187, Mampi, B Flow, John Chiti, Danny Kaya, Maiko Zulu and Danish musician Thomas ButtenschÃ¸n were among the musicians who entertained the audience that turned up for the Zed Me Free concert in the Lusaka Showgrounds last Saturday.
As part of preparations for the commemoration of the World AIDS Day, the Muchimba Music Foundation (MMF) in association with the AIDS Healthcare Foundation (AHF) organised the concert at the Showgrounds where hundreds of people, mainly youths, turned up to enjoy live music and to get an HIV test.
Before the concert, the Zed Me Free team conducted road shows in several townships where free HIV testing took place at mobile clinics.
The opening acts included that of HIV and AIDS and gender rights activist B Flow, who churned out several of his beats before fellow HIV activist and singer Just Slim (Paul Banda) joined him for a duet.
Just before performing, Paul Slim, who was born with HIV, urged the crowd to find time to test for the virus at the mobile hospital within the grounds.
He said testing HIV positive is not the end of the world.
Later, adored artiste John Chiti took to the stage melodiously singing songs like Ifindingile much to the appreciation of the ecstatic crowd. The music system was also perfect.
And in an entertaining and well-choreographed family act, award winning reggae musician and human rights activist Maiko Zulu, his wife Sista D and their talented daughter, Mwiza, all clad in religious gowns, stormed the stage with their Come Back Jesus song.
â€œI want to use this opportunity to tell bishops who advise their church members to stop taking anti-retroviral drugs and only use prayer so that they can be cured of HIV to stop misleading their flock,â€ Zulu said before performing other songs.
Next on the well-lit stage was acclaimed Zambian born Danish artiste Thomas ButtenschÃ¸n, who mesmerised the audience with his melodious voice as he strummed his guitar.
Born with HIV, ButtenschÃ¸n, the founder of Muchimba Music Foundation, sung songs such as Songs for My Brothers, Crazy Mama, and Born free before sharing the stage with Maiko Zulu, B Flow, John Chiti and Danny Kaya.
ButtenschÃ¸n, whose wife and sons are HIV negative, took time to encourage the crowds to know their HIV status and seek treatment.
And AHF-Zambia preventions programme manager Francis Kasonde described the concert, where over 1,000 people had an HIV test, as a success.
â€œAbout 10,000 people have been tested from the time we began the road shows and we hope this can be an annual event,â€ Kasonde said.