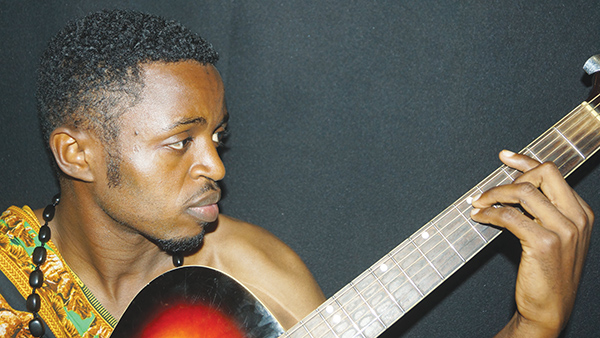 UNTOLD PROFILE with FELIX NYAMBE
NEW Afro-jazz musician Hossin Kasolo, or simply Hosne, believes music can break barriers, transcending language, religion or even geography, when exploited with humility.
With the ever mushrooming recording studios dotted in most communities, Hosne believes the current local music has been compromised and must be regulated.
Simply put, artistes need counselling.
Having been raised and nurtured in a God-fearing home – his father, Godfrey Kasolo, is a pastor in the Baptist Church – Hosne was schooled to follow biblical tenets at a tender age.
â€œDuring my early schooldays, I was involved in the scripture union, where I learnt to set boundaries among my peers and humans in general,â€ revealed the former pupil of Shimukunami Basic School, Lufwanyama district.
Even after leaving her primary education behind, Hosne, who also attended Olympic High School, took his kindergarten stints and scripture union to another level by forming his childhood gospel group.
Inspired largely by the music of BJ Ngosa and United States-based Fortune Nyondo, arguably some of the trendsetters of contemporary gospel music, Hosne began working on his gospel tracks in 2010.
â€œIt was after completing my senior grades at Olympic High School that I began working on my gospel album, which, sadly, never saw the market,â€ moaned Hosne, 29.
His songs such as Mukapingulwa, Mubushe and Virtuous Woman made a difference in his early life and to many others who had an opportunity to listen to them.
Well, that is a story for another day!
Instead, the Roma Assemblies of God member moved on and enrolled at Evelyn Hone College of Applied Arts for a course in English and Library and Information Science.
But in between his dormant moments, after completing high school and Evelyn Hone programme, Hosne spent his time at Ngâ€™ombe townshipâ€™s Hope and Faith Primary School as an untrained teacher.
â€œIt was a wonderful experience interacting with the little ones at Hope and Faith School and I got to know that every childâ€™s early school beginning is cardinal to its bright future,â€ observed Hosne, who is still single.
And with his tertiary education behind and his music career still in the dreams, Hosne began work on his debut conscious music 12-track album titled Umuchele (salt).
For him, the title of his maiden project is to enlighten his new legion of fans of the importance of salt as a substance, which is the symbol of his music.
â€œThere are so many ways in which one can make use of salt. Either as a seasoning flavour, for medicinal purposes or even as a cleaning substance. So I hope my music will add all these factors to someoneâ€™s life,â€ he said.
Backed by a chain of established musicians, including his studio producer at RC Records Reuben Chita (RC) on keyboards and percussion, Hosne is simply on song!
Kennedy Sakala added some fine-tuned rhythm and additional keyboards, while Celestine Mapulangaâ€™s waltzing lead guitar and Frank Billahâ€™s buzzing bass guitar made the difference.
â€œI also worked with Lazarus Zulu, who also added some fine bass guitar to my music, as well as James Sakala [rhythm] and Zeph Lungu [drums],â€ Hosne said.
With the support of this team of seasoned instrumentalists, Hosne came up with such defining social-conscious songs as Washikula Kamwana, which condemns child defilement.
Nachisungu may also be one of the songs attributed to the importance of nurturing a girl into womanhood.
Other songs such as Umuntu Mutulo, which talks about laziness in some people, may not be the taste for idle minds, while Mwana Mutonto is just the right dose for perpetrators of child marriages.
â€œI featured Maureen Lilanda on Mwana Mutonto because I feel she is one of the most adored and experienced local female musicians and a mother who best understands the subject at hand,â€ said Hosne.
Other songs that truly make Hosne, the seventh in a family of nine, include Musalu Wali Pesamba and a tribal cousinship-influenced song, Kolwe.
But listening to the whole album, which is also inspired by the likes of Mumba Yachi, James Sakala, Oliver Mtukudzi and Zahara, one is compelled to accept the fact that Hosneâ€™s music (Umuchele) is indeed the salt of mankind.
This is also evident on the song titled Intambi Shesu, which reveals the rich traditional and cultural values embedded in every society worth its salt.
fmmusik@yahoo.co.uk, 0979360993/0964873656