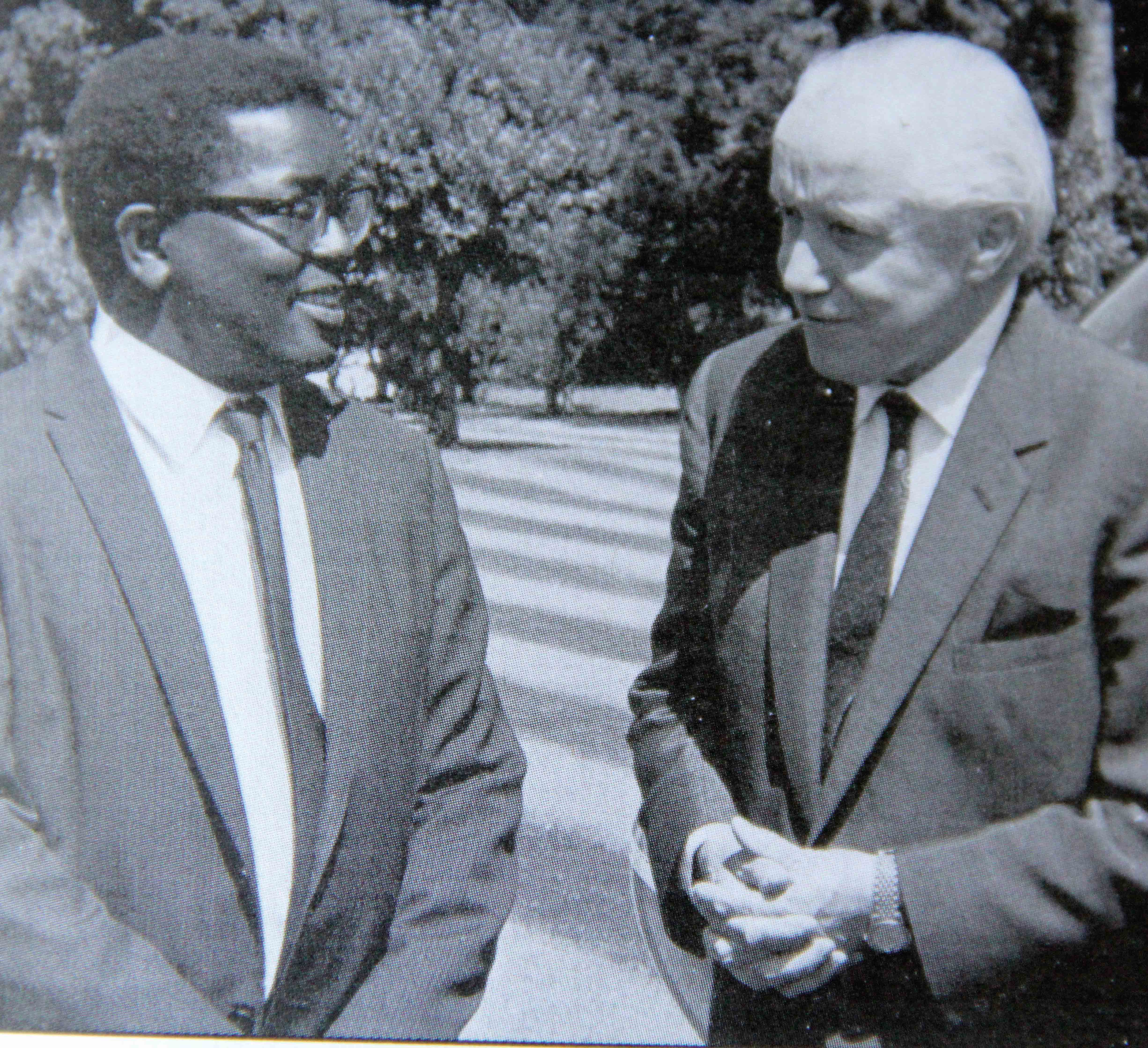 NKOLE NKOLE, Lusaka
NOT enough has been documented about Zambiaâ€™s post-colonial leaders, making the younger generation ignorant of much valuable history and leaving the many stories of different national heroes untold.
Valentine Shula Musakanya became one of Zambiaâ€™s foremost politicians while serving during Zambiaâ€™s post-colonial government yet very little material can be found on him.
As though forecasting a future where little evidence of his contribution to Zambian politics would exist, he penned his own story through an autobiographical account.
Prior to his death in 1994, he left the papers with his son, Kapumpe Valentine Musakanya.
This autobiography, in which he describes the main events of his life in good detail, was published in 2010 in edited form and simply titled, â€˜The Musakanya Papersâ€™.
Interestingly, Musakanya began jotting down the details of his life while in prison facing treason charges under the Kenneth Kaunda led government.
Soon after Zambiaâ€™s independence, he became the head of the Zambian civil service. He was later nominated as member of Parliament and a minister and also served as Bank of Zambia governor.
Though starting out life modestly and in his own words, from â€œiron-age surroundingsâ€, Musakanya catapulted himself to success.
He was a man of principle and certainly independently minded; a trait that left him disillusioned in the political arena where the line between friend and foe is often blurred.
Nationalist leader, Harry Mwaanga Nkumbula, is described as a positive role model in the life of Musakanya in the â€˜Musakanya Papersâ€™ foreword written by N Chisanga Puta-Chekwe.
Their relationship dated back to Musakanyaâ€™s school years at Wusakile African School where Nkumbula was headmaster and Simon Kapwepwe was a teacher.
Born in 1932, in Nkunkulushaâ€™s village in Kalundu area, west of Kasama, Musakanyaâ€™s mother fled the family village together with him while he was still a baby.
This was following accusations by Musakanyaâ€™s fatherâ€™s family of his motherâ€™s responsibility for the death of his father who had gone off in search of fortune.
Later, Musakanya moved back to Nkunkulusha without his parents to live with his other relatives.
After 1944, however, his mother returned to the village to take Musakanya with her to Wusakile in Kitwe where he continued his schooling from his introductory background in the village.
Musakanya attended a Jesuit established school called Kutama College in then Southern Rhodesia in 1950.
Historian Miles Larmer, who edited the â€˜Musakanya Papersâ€™, states that the severely disciplined environment at Kutama helped shape Musakanyaâ€™s critical approach to authority.
He was hired as a leach plant attendant at the mines in Mufulira when he returned to the Copperbelt from Kutama in 1953.
Later the same year, he secured himself a position as a senior African clerk in the local district authority.
His duties ranged from the collection of Native Tax and writing â€˜Chitupaâ€™ or Identity Certificates to typing for the district officer and acting as an interpreter.
It was to mark the beginning of his career as a civil servant, where he would eventually rise some years later to become head of the Zambian civil service.
One of his official responsibilities at the mine as described in the â€˜Musakanya Papersâ€™ was issuing licences and passes to natives and making subsistence payments to the wives of political detainees.
As highlighted by historian Miles Larmer, Musakanya was steadily climbing the promotional ladder of the local civil service and continuing to test the ceiling of African advancement.
He enrolled at the University of South Africa for a correspondence degree, studying Philosophy and Sociology and met Flavia Shikopa, a teacher trainee, who he engaged in 1956.
Veteran politician, Andrew Sardanis, is one Musakanya had come to know for many years. He met Sardanis shortly after his marriage and described him as â€œagile-mindedâ€.
His association with Sardanis also led to liaisons with Arthur and Sikota Wina and Wesley Nyirenda, who were all ministers in Zambiaâ€™s first government.
Since Musakanyaâ€™s role as a civil servant barred him from political involvement, he expressed his political beliefs in a more unique way, according to Larmer.
In Chiwempala, a non-mine township of Chingola, he and Sardanis established a social and cultural club.
When the Zambia African National Congress (ZANC) was formed as a more radical alternative to the moderate African National Congress (ANC), Musakanya was drawn into the nationalist movement.
Reflecting on his political involvement in ZANC, he records in his papers: â€˜Until then politics to me was essentially theoretical and impersonalâ€¦â€™
His involvement in ZANC was, as he puts it, â€œearly although distantâ€. This distance, he explains, was partly because of his being a civil servant and â€œalso my nature in avoiding association with mass opinion or
Musakanya: An intellectual who held his ownorganisationsâ€.
Musakanya met many leaders during this period who would later move on to become prominent politicians after independence. They included the likes of Aaron Milner, Emmanuel Kasonde, Humphrey Mulemba, Fines Bulawayo and Jones Nyirongo.
ZANC was banned by the colonial authorities in March 1959, which led to the formation of the United National Independence Party (UNIP) in late 1959.

Gender climate change programme on cards
Sorry, we have no tissue paper