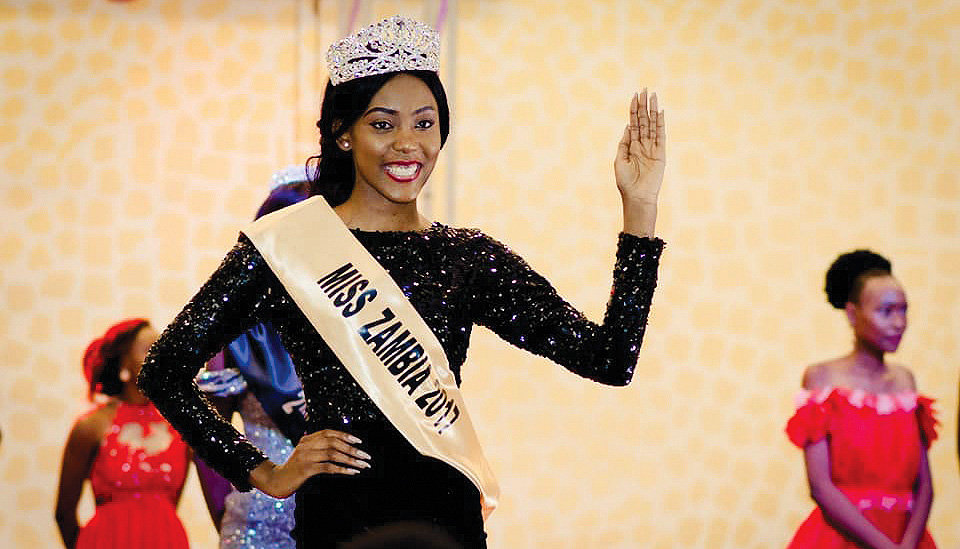 Competing against 11 other contestants, Musa impressed in the introduction, traditional, national colours and evening wear categories.
“I feel great! I have always wanted to be Miss Zambia,” the teary Musa told the Weekend Mail shortly after receiving the crown from immediate past Miss Zambia Mwangala Ikachana who took over the crown from Louisa Chingangu after she was stripped of the title following differences with the franchise holder Elizabeth Mwanza.
Musa, who is also the 2016 Miss Valentines Zambia, and will represent the country at the Miss World pageant, described her battle for the crown as amazing.
She also had a message to the losing beauty queens.
“Everyone is a winner because we all worked hard and everyone still has a chance to come back and get the crown after my reign,” Musa, who was also Miss Heritage 2016 finalist, said.
During the question and answer segment after the models were trimmed from 12 to five, Musa told the judges that she deserved the crown because she is smart, humble and hardworking.
“What’s a queen without brains? I believe I am humble and dedicated enough to get this crown,” Musa told Dumelo, who was the guest judge.
The Nollywood actor had asked Kalaluka what qualities should the Miss Zambia possess and why she should be given the crown.
Cecilia Abba, who received the loudest cheers throughout the contest, was chosen as the First Princess while Norah Kondwani picked up the Second Princess title.
And just before crowning the winner, pageant founder Elizabeth Mwanza warned that should the new queen fail to perform her duties diligently, she risked handing it over to the first princess.
Earlier, gospel musician Pompi lit-up the pageant when he churned out about six gospel hits including his latest Silence.
The audience could not resist dancing and singing along.
Despite the technical glitches on the sound system and the averagely decorated stage, the pageant, which ended after 23:30 hours, was arguably memorable.
Many of those in attendance were busy taking pictures and posting them on social media.