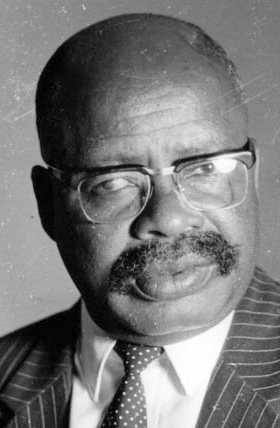 CHOMBA MUSIKA, Lusaka
CHOMA-BASED musicians Mpande and Smacky-Jay have released a single titled Tulalila, a tribute to late veteran politician, farmer and businessman Daniel Munkombwe who played out his politics mainly in Choma, Southern Province.Written jointly by Mpande and Smack-Jay, Tulalila which was recorded at Punchline Entertainment Studios two days before Munkombwe’s burial at his Kabebya Farm in Choma, means “we are mourning”.
Smack- Jay, whose real name is Samuel Miyoba, told the Weekend Mail that the track, whose lyrics are in Tonga, which is Munkombwe’s native language, talks of the loss of the gallant politician and how the nation will always mourn him.
“The song talks about how the nation will always regret the great loss of Daniel Chibwaalu Munkombwe, a great father, leader and politician,” Smack-Jay said.
He said the song eulogises Munkombwe, who worked with five of Zambia’s six Presidents, for his dedication and service to mankind.
“He worked hard with all the Presidents for the betterment of the country since independence,” Smack-Jay said.
The hip-hop artiste said the song is a reminder to commend and honour those who have dedicated their lives to serving the country with passion.
Munkombwe was one of the country’s well known politicians, farmers and businessmen who started his politics in the African National Congress (ANC) before defecting to the United National Independence Party (UNIP).
From UNIP, he joined the Movement for Multi-Party Democracy (MMD) under Frederick Chiluba before briefly flirting with the United Party for National Development (UPND) under Anderson Mazoka. He was lured back to the MMD where he served under Levy Mwanawasa. When Mwanawasa died and was replaced by Rupiah Banda, he continued in the MMD government until its loss in the 2011 general elections. But soon, he was back in government under Michael Sata’s Patriotic Front (PF).
Although a national figure, Munkombwe’s playground was mainly the Southern Province where he started active politics in 1955 when he was elected the ANC Livingstone District Secretary. He was among the ANC leaders who organised a shop boycott to protest against white mistreatment of black workers. The Livingstone boycott became a big success.
“My political influence had started spreading rapidly like wild fire,” he wrote in his autobiography Politics of Influence.
When Dr Kaunda and others broke away from Harry Mwaanga Nkumbula’s ANC to form the Zambia African National Congress (ZANC), Munkombwe remained in ANC.
“The ANC became the next big thing to religion in the Southern Province. The people of Southern Province demonized ZANC as a party of aliens and resolved that anybody who joined ZANC was to be ruthlessly denounced,” he said.
“Nkumbula and I toured the Southern Province addressing huge rallies. Nkumbula was an extremely generous man such that he was literally hero worshipped in Southern Rhodesia.”
During the signing of the Choma Declaration in 1972 in the school hall at Choma Secondary School, Munkombwe sat in-between Kenneth Kaunda and Nkumbula as an interpreter.
It is why his legacy is assured regardless of some of the political decisions that he undertook later in his career.