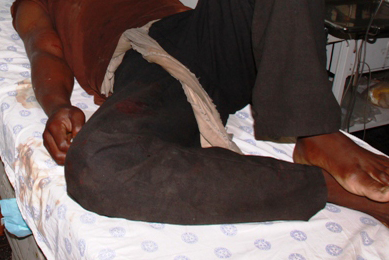 CHAMBO NG’UNI, Kabwe
A 50-YEAR-OLD man of Mumbwa has lost his manhood after another man cut it off for allegedly flirting with his wife.
Central Province Commissioner of Police Joel Njase has identified the victim as Coast Choongo of Chikwanka village in Senior Chief Shakumbila’s area.
Mr Njase said in an interview yesterday that Mr Choongo is admitted to Mumbwa District Hospital.
“The victim lost his manhood after it was cut off by Tobias Moonga and two other unknown persons.
“Mr Choongo was suspected to be having an affair with the wife of Tobias Moonga,” he said.
Mr Njase said Mr Choongo was allegedly attacked on http://epaper.daily-mail.co.zm/