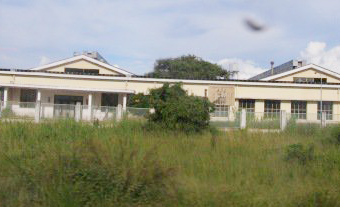 KELVIN CHONGO, Lusaka
MOHAMMED Enterprises Tanzania Limited (MeTL) Group has dispelled reports that the company has failed to commence production at the former Zambia-China Mulungushi Textiles Joint Venture (ZCMT) in Kabwe.
The MeTL Group says it is an experienced player in the textile field and operates four mills, three of which are in Tanzania and one in Mozambique.
Last week, Central Province Minister Davies Chisopa issued a final default notice to MeTL Group over the investorâ€™s alleged failure to commence production at ZCMT.
But MeTL Group chairman Gulan Dewji said in a statement yesterday that it is inaccurate to allege that the investor has failed to commence operations because it is still amicably resolving the issues that have arisen over the original agreement.
Mr Dewji said the handover of the former ZCMT to MeTL Mulungushi which took place on December 11 last year was purely ceremonial in nature.
â€œAlthough a handover certificate was signed and exchanged, ZCMT failed to physically hand over all the assets to MeTL Mulungushi as was agreed between the two parties,â€ he said.
He said without key parts of the factory such as the garmenting section, the spare parts section and the administration block, it is impossible for MeTL Mulungushi to commence rehabilitation and operations at the factory.
Mr Dewji said the spare parts and the garmenting sections have in fact still not been handed over.
He said another reason for the delay is that ZCMT allegedly back-peddelled on critical issues that had already been agreed upon between the two parties, such as residential blocks.
He said ZCMT allegedly refused to give possession of the agreed-upon residential blocks and instead offered only part of the space at a significantly higher rate.
â€œMeTL Mulungushi had already deployed technicians to the factory based on the assumption that ZCMT would complete the full handover as promised but because of ZCMTâ€™s inability to do so, the team had to be sent back,â€ Mr Dewji said.
He also said despite ZCMTâ€™s alleged failure to complete the handover of the factory and honour key commitments that it had in connection with the project which were critical for commencing operations, MeTL Mulungushi has remained committed to resolving the issues so that the project can take off.